Like It Or Not, Mike Coffman Owns The Shutdown 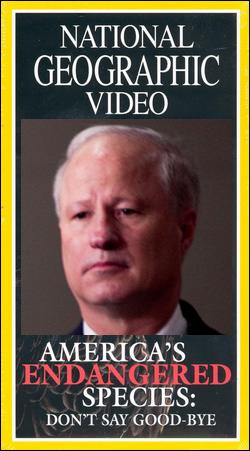 When a poll came out this week showing that the government shutdown was putting Republican Mike Coffman in danger of losing his Colorado congressional seat, the lawmaker responded with the serenity of martyrs through the ages.

“Whatever the consequences of doing what’s right,” he told a Denver TV station, “I’m willing to take those consequences.”

Rep. Mike Coffman's resolve to stand with his fellow House Republicans and allow the federal government to shut down, as occurred beginning the first of this month, was amply demonstrated. Coffman told reporters that "this is a negotiation," very much in approval of using the shutdown as a negotiating tactic. We also want to note for the record this C-SPAN video clip from debate just before the shutdown. Coffman upbraids Democratic Rep. Henry Waxman for not "reading" the GOP's bill, and reassuring Waxman that "those reforms in place in the provisions of Obamacare prior to 1 October, will remain in place."

But as our readers know, in the end Rep. Coffman lacked the courage of Sydney Carton before the guillotine in Charles Dickens' A Tale of Two Cities. As the shutdown of the federal government entered its second week, Coffman appeared to break with his colleagues by claiming support for a "clean" continuing resolution, reopening the federal government without the demanded delay or "defunding" of the Affordable Care Act. The next day, however, Coffman abandoned that promise, telling the Denver Post he wanted some kind of unspecified bigger bargain that included renewal of the government's borrowing authority. Coffman also said he would not sign on to a Democratic attempt to force the House to vote on a "clean" resolution.

Coffman enjoyed a round of highly favorable press when he announced his support for a "clean" continuing resolution to reopen the government. His abandonment of that promise a day later received much less attention. But the fact is, every day this shutdown drags on, Coffman takes damage simply for being part of the Republican House majority the public holds responsible for the whole mess. Coffman's waffling on the shutdown, then waffling on his waffling, contribute to a growing narrative of untrustworthiness–like paying lip service to DREAMer students before voting against them, or justifying his vote for abortion restrictions by highlighting exemptions he used to oppose. Just because the lede got buried this time doesn't mean Coffman's intransigence and doubletalk won't be used against him in the long election cycle that lies ahead (sorry, Vince Carroll).

Mike Coffman, perhaps more than any politician in America after redistricting in 2010, must juggle his ideological loyalties with the opposed interests of his increasingly outraged constituents. The lesson may be, at least in Coffman's case, that's just impossible.