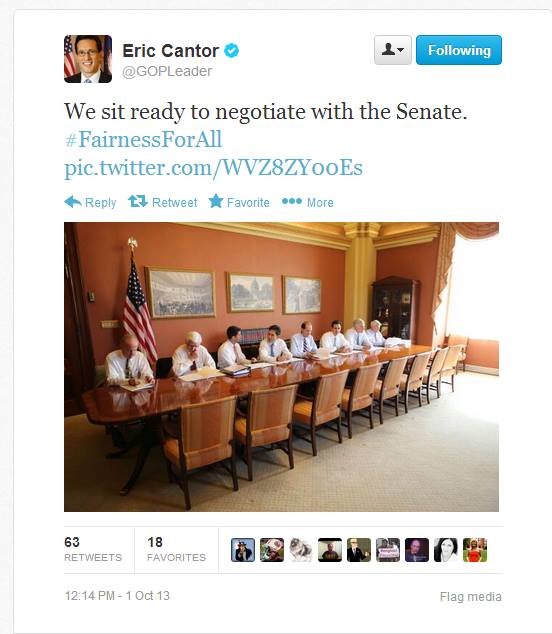 Except, they were actually setting up for a press conference. Hence the half-table left empty for media microphones. 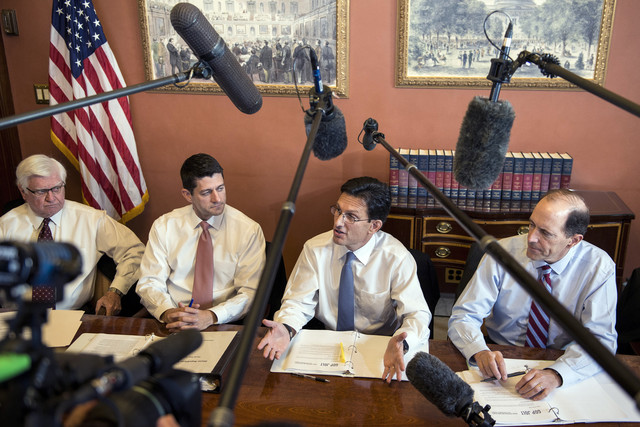 The Colbert skit writes itself, doesn't it?