Earlier this week, Vice President Joe Biden traveled to Colorado to survey flood damage, and promised in a news conference Monday that any potential shutdown of the federal government would not impact federal response efforts to this month's devastating floods along the Front Range. The potential of a shutdown looms larger each day as the GOP-engineered impasse over "defunding Obamacare" drags on towards next Monday's deadline. 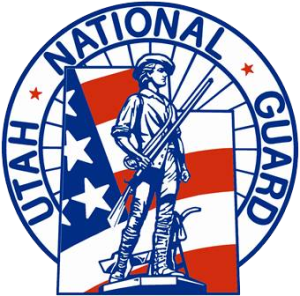 And as the Denver Post's Allison Sherry reports today, Biden was not quite right in that promise:

A group of 120 Utah National Guard engineers has been told to wait a week to help rebuild U.S. 36 between Estes Park and Lyons because of the gridlock surrounding funding the federal government, Pentagon officials said Tuesday.

Instead of sending out a team this week to help Colorado active-duty troops already on the ground, Utah's Lt. Col. Hank McIntire said he will send out a smaller group of 50 to get equipment ready in hopes that Congress strikes a deal to keep the federal government open beyond next week.

"If there were no budget issues, the whole contingent would be going now," McIntire said. "We're doing what we can and what the budget allows us to do."

Clearly, Biden's interest was in reassuring nervous Colorado flood victims that help would continue to flow to them no matter what. We assume that Biden was referring specifically to recovery services provided through the Federal Emergency Management Agency (FEMA), which would likely be prioritized if there is a shutdown. But with an organization with as many moving parts as the United States federal government, it seems almost impossible to guarantee no disruptions to emergency services in the event of a government shutdown. There's just too many diverse functions of government that would be affected.

This announcement from the Utah National Guard yesterday prompted Colorado Democratic Party chairman Rick Palacio to renew his call for Republicans to stop "threatening to shutdown the government and halt critical flood-recovery efforts," despite Biden's statement that flood relief wouldn't be affected by a shutdown. Reading this story, the onus appears still very much on Republicans who appeared with Biden to keep his promise–and the only way we see to do that is to not allow the government to shut down at all.