Talking Points Memo reports on the Stop Hillary PAC, getting significant attention for a group fronted by the relatively obscure Colorado Sen. Ted Harvey of Highlands Ranch. Though not an ingratiating kind of attention:

The Stop Hillary PAC, which just unveiled its leadership team earlier this week, posted the image (shown below) on July 18. The top half of the image includes a photo of the former New York senator and first lady next to the caption "Hillary Clinton 2016," while the bottom half shows Stewie Griffin — the precocious baby in the hit animated comedy "Family Guy" — holding a gun in his mouth.

A spokesman for Stop Hillary PAC did not immediately respond to TPM's request for comment.

After the jump, since some folks are rightfully sensitive about these things. 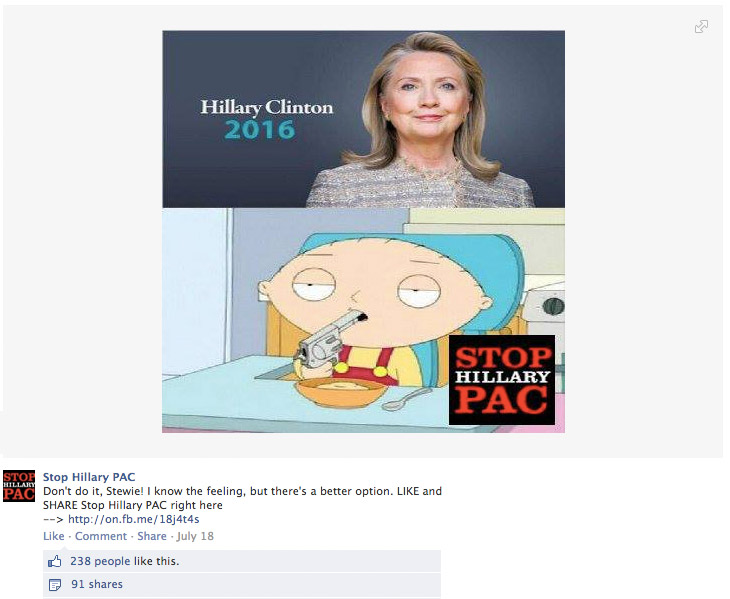 Not much local reaction to this story as of yet, but one Twitter user is at least trying to educate Sen. Harvey on the issue of suicide in Colorado, which if you haven't heard is actually no laughing matter at all: 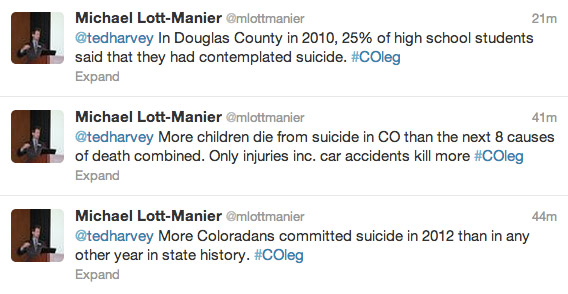 But it's the sort of nastiness we've become accustomed to in our local politics. Perhaps, when shown to a national audience, our collective tolerance for this kind of deplorable behavior from local Republicans is what looks worst.