Gessler and Morse also have a history of butting heads.

Morse spearheaded a move in 2011 to draw $4 million in surplus funds from the Secretary’s office. The cash was offered to the General Assembly by Gessler’s Democratic predecessor but the move was opposed by Gessler and his Republican supporters at the capitol.

Buescher was a frugal administrator, Morse said during debate over the proposal, referencing reports that Gessler had complained about his new public-sector salary. “This is the same secretary of state who said he couldn’t live on $68,500 a year.”

Morse later became the subject of a headline-grabbing but ultimately dismissed ethics complaint capitol insiders suspected was at least encouraged by Gessler. The Colorado Statesman reported that Stephanie Cegielski, the author of the complaint, was a conservative-political activist with past ties to Gessler. Cegielski dedicated half of the ethics complaint she filed against Morse concerning his per diem spending to “criticizing Morse for going after funds in the Secretary of State’s office,” as The Statesman, put it.

Christine Le Lait, campaign manager for A Whole Lot of People for John Morse, said the conflict of interest issues raised by the recent protest to the recall petitions should train a spotlight on the secretary’s office… 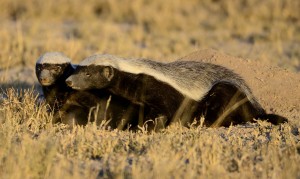 A bit of drama today at the Secretary of State's office today, where attorneys seeking the disqualification of recall petitions against Colorado Sens. John Morse and Angela Giron on constitutional grounds asked for Scott Gessler's office to recuse itself from the process entirely. The request is based (in part) on a trip Gessler took to Pueblo last March, more or less providing advice to recall organizers. FOX 31's Eli Stokols:

Gessler, who walked out of his office and encountered reporters following the hearing, declined to comment on the suggestion that he was biased in favor of the recall organizers and that his own bias was shared by his deputy.

Staiert, who didn’t expect attorneys to even show up for Wednesday’s scheduled protest hearing in the Giron case — because Grueskin’s argument to disqualify Giron recall petitions is the same as what he laid out last week in the Morse hearing, both sides had agreed to forgo a formal hearing and submit briefs by email — said that she and Gessler have never discussed either recall case…

Richard Westfall, the attorney representing the groups trying to recall Morse and Giron, told reporters that there’s no proof that Gessler’s bias extends to Staiert.

“She is the one who’s the hearing officer, she is the one making the decision,” he said. “I don’t think any allegations regarding the Secretary — there’s no indication that there’s any bias by the deputy secretary who’s hearing the protest.”

Deputy Secretary Suzanne Staiert, a former Littleton City Attorney, as Stokols reports has been a vocal supporter of Gessler during his recent ethics complaint and subsequent admonishment for having "breached the public trust for private gain"–to the point of raging against the Independent Ethics Commission as a "kangaroo court" on Gessler's behalf, part of a series of Tweets that were deleted from Staiert's account sometime before the recall hearings began. This undeniably creates the appearance that they share a personal, or at least partisan loyalty.

Bottom line: regardless of how the Secretary of State's office rules, this is in all likelihood headed to court, as the losing party on either side is virtually certain to appeal. But it's useful once again to point out the rank partisanship, and partisan actors, at least initially in charge of Colorado's elections process. Not just for his trip to Pueblo to talk to recall organizers, neither Gessler nor anyone who reports to him should get the final word here.

And we'll say it: this is why you hear more talk about nonpartisan elections administration in Colorado these days.