What to Make of Peter Boyles’ Violent Meltdown? 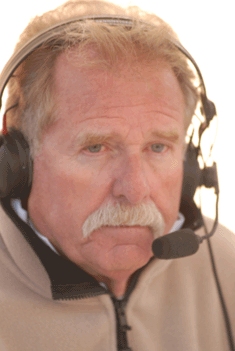 9NEWS reports in the aftermath of Tom Tancredo's announcement yesterday that he will run for governor in 2014, which took place on the KHOW 630AM talk show hosted by longtime Denver radio personality Peter Boyles:

Peter Boyles, a well-known and sometimes-controversial radio host in Denver for 630 KHOW, will be off the air Friday after a heated physical exchange with one of his producers, multiple sources connected to the station confirm to 9NEWS.

Employees observed red marks on producer Greg Hollenback's neck within the minutes of the argument, which happened during Thursday morning's broadcast of the Peter Boyles Show.

The sources wished to remain anonymous because they were not authorized to speak on the matter.

"Everyone here is disappointed and devastated," one employee told 9NEWS.

That's about all that's been said publicly about yesterday's incident. We don't know what Boyles and his producer were arguing about, or how it apparently escalated to Boyles attacking the man–described by other sources as a "throttling." What we do know is these two men have worked together for some 20 years, and that the incident happened just after Tancredo's gubernatorial campaign announcement yesterday. 9NEWS was reportedly still at the station to cover that announcement when this happened.

There was a time when Peter Boyles was considered a respectable commentator among the many qualitatively varying personalities who have inhabited Denver AM radio over the years. Sometimes known for astute criticism of local government, such as during the murder investigation of JonBenet Ramsey, more recently Boyles has descended into "birther" conspiracy theories about President Barack Obama, and strident anti-immigrant posturing most endearing to the pro-Tancredo set. Another recent controversy involving Boyles was his repeated reference to Rep. Diana DeGette by the name of "Vagina DeGette," presumably for elementary school giggles.

Yesterday, Boyles freaked out and choked his producer. And today he's off the air. What set him off, folks?

If this is the end of his long and tumultuous career, we'd kind of like to know.