UPDATE: A big crowd for today’s anti-abortion protest, but as we can now shamelessly exploit for traffic rankings, not entirely unopposed: 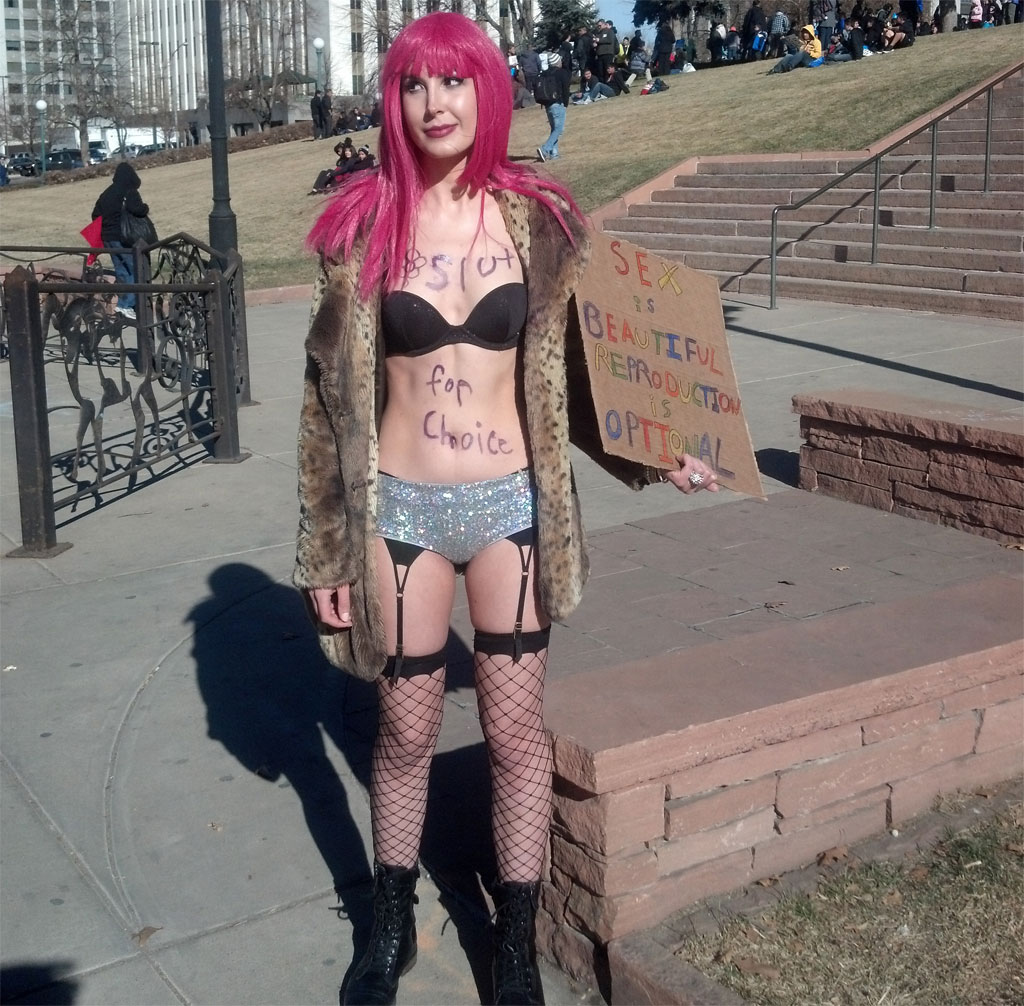 Folks, as a political blog, we don’t often get to post photos like this. So we’re obviously not passing up the chance when we can do so in a way that is actually relevant to a Colorado political news story. This is also a nice segue into a discussion of our freakishly nice January weather.
—– 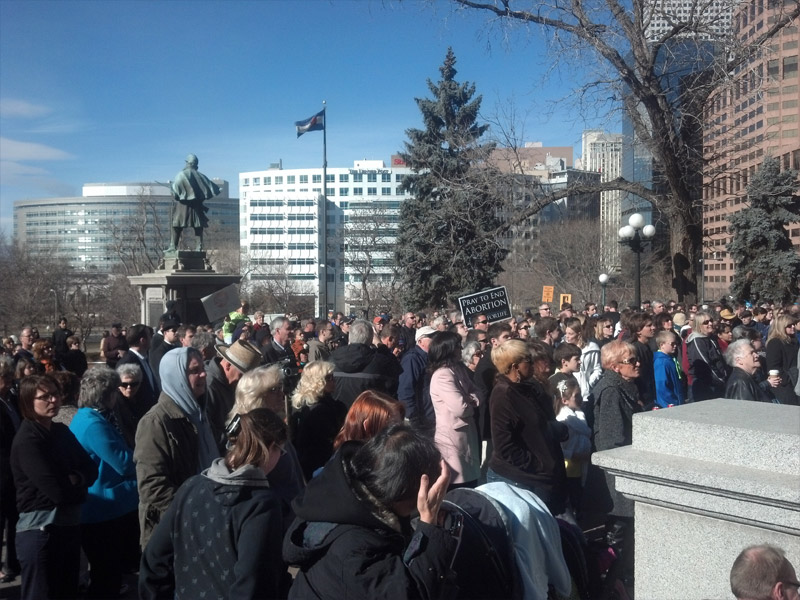 Here’s a photo of the healthy turnout at this afternoon’s March For Life Denver, an anti-abortion march organized by Colorado Right to Life today at the Colorado state capitol. Our source doesn’t have a crowd estimate, but this is believed to be the biggest rally at the state capitol in some time–to at least some extent taking opponents by surprise. From CRTL’s press release announcing tdoay’s event:

Colorado Right To Life notes that this Sunday’s March for Life in Denver is forty years after the infamous Roe v. Wade opinion, 150 years after the Emancipation Proclamation, and nine days after the Alabama Supreme Court unanimously held that the word “child” in a state child abuse law applies equally to an unborn child…

Abortion is wrong because it’s a baby, and it’s always wrong to intentionally kill an innocent baby. Historically, the media, government officials, and many institutions despised those who fought for abolition of slavery, and in Germany, for equal treatment under law for Jews. Today, mainstream journalists, politicians, and our state institutions despise those who fight for the personhood and right to life of every innocent human being, no matter how small. “God and historians will judge today’s anti-human rights coalition of ‘pro-choicers’ as harshly as they judge the slave traders and racists of the past,” said Biff Gore, president of CRTL.

We are encouraged by Alabama’s life affirming ruling this month acknowledging what everyone should realize, that a baby in the womb is as precious and deserving of protection as a baby out of the womb. Meanwhile, “More than 50 million children have been dismembered in the forty years since the crime against humanity known as the Roe opinion,” said CRTL spokesman Gregg Jackson, “whereas those who advocate the continued dismemberment of unborn children do so at the peril of their eternal soul.” And it’s been 150 years this month since the Emancipation Proclamation, which event Colorado’s biggest newspaper then used, ironically, to mock and condemn those advocating for abolition of slavery (kgov.com/emancipation). Colorado’s media have not changed.

CRTL’s release also points to church bulletin inserts made available for this rally. That alone goes a long way toward explaining the big crowd in attendance today. We don’t have a complete list of elected officials who attended the event, but we’re awaiting what we’ve been promised will be very interesting video from GOP state Rep. Janak Joshi’s speech–Joshi being the prime sponsor of this year’s “fetal homicide” legislation. Stay tuned…