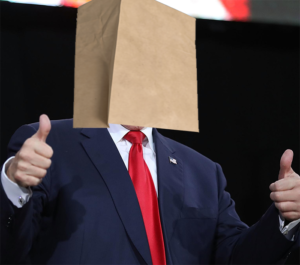 Who has two thumbs and just got referred to the Department of Justice for prosecution?

The House committee investigating the Jan. 6, 2021, attack on the Capitol accused former President Donald J. Trump on Monday of inciting insurrection, conspiracy to defraud the United States, obstruction of an act of Congress and one more federal crime as it referred him to the Justice Department for potential prosecution.

The action, the first time in American history that Congress has referred a former president for criminal prosecution, is the coda to the committee’s intense 18-month investigation into Mr. Trump’s effort to overturn the 2020 election that culminated in a violent mob of the former president’s supporters laying siege to the Capitol.

The criminal referrals were a major escalation for a congressional investigation that is the most significant in a generation. The panel referred five other Trump allies — Mark Meadows, his final chief of staff, and the lawyers Rudolph W. Giuliani, John Eastman, Jeffrey Clark and Kenneth Chesebro — for potential prosecution for actions the committee said warranted Justice Department investigation. The charges would carry lengthy prison sentences if federal prosecutors chose to pursue them. [Pols emphasis]

The more local connection, of course, is former University of Colorado visiting scholar John Eastman being added to the list of Trump allies referred to the Justice Department for potential prosecution.

Longtime pals of former President Donald Trump, including Rep. Lauren “Q*Bert” Boebert, have been backing away from the Big Orange Guy in recent weeks. Trump has been a convenient source of blame for Republicans who were disappointed with their showing in 2022, and the launching of his 2024 Presidential campaign was met with more of a shrug than applause.

To what degree will Republicans defend Trump — now very much an albatross — once a new Congress convenes next month? If they go to the mat for Trump, it will signal that he still dominates the Republican Party. If they don’t, they risk alienating Trump acolytes who are still very vocal and very active in Republican politics — not to mention angering the pitiless former President who continues to show an inexplicable ability to raise large sums of money from his right-wing base of supporters

Republicans had an out here…but that passed after they refused to condemn Trump in the aftermath of the Jan. 6 insurrection. The GOP kicked the can down the road instead, and now they’ve run out of road.