All Back To Normal At The Jefferson County GOP

We’re relieved to see the Republican Party in Colorado’s bellwether suburb of Jefferson County is learning lessons from this year’s annihilation at the polls, like voters who just thrashed them for a third consecutive election are obviously looking for: 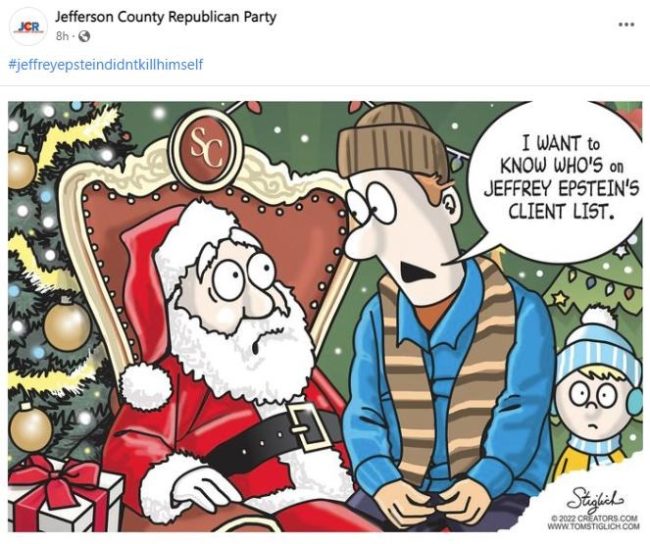 Maybe a rogue staffer got posting access to the Jeffco GOP’s Facebook page? Doesn’t seem like it since this post is still there hours later, and was joined by this mysterious meme a short while later: 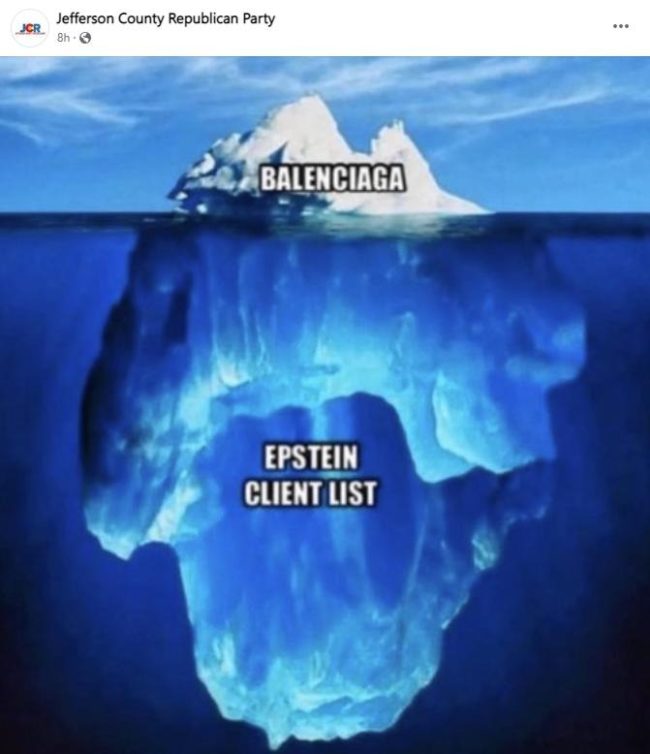 Here’s what this latest QAnon-style conspiracy theory regarding luxury brand Balenciaga seems to be about. We Googled so you wouldn’t have to. The short answer is it’s an ad campaign that the company swiftly pulled down after it was widely criticized, and the connection to child trafficking is as bogus as the basement of Comet Ping Pong–plus we still have no idea how it’s actually related to deceased pedo Jeffrey Epstein.

But with that, you can forget that part about local Republicans learning lessons from defeat! If you were wondering how unqualified crackpots like Heidi Ganahl and her election-denier running mate Danny Moore made it through the GOP’s filter to lead their party to destruction in 2022, it’s because people like the Jeffco GOP Facebook page administrator are the filter.

Garbage in, garbage out.