Inside The Colorado Politics That Enabled Mass Murder

TUESDAY UPDATE: Here’s a good story from 9News about Republican politicians, including El Paso County Sheriff Bill Elder, who flat out refuse to use tools that might have prevented this tragedy:

Colorado’s Red Flag gun law seems tailor made for the suspect in the Club Q shooting, who threatened to blow up a house last year with a homemade bomb. But El Paso County law enforcement has made clear they don’t use the Red Flag law. @writerkev reports for #HeyNext. pic.twitter.com/eR50I0vS2a 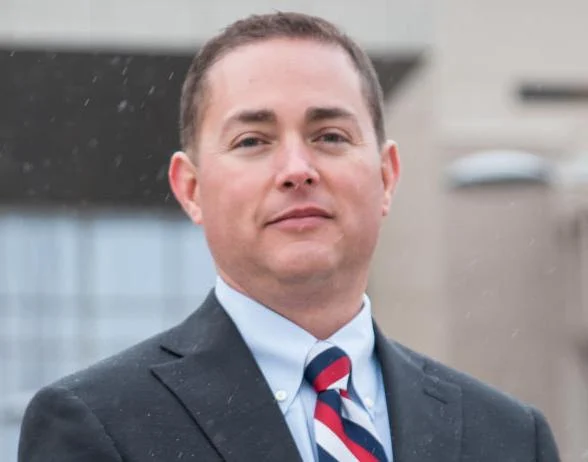 As we continue to gather information about this weekend’s horrific mass shooting at a Colorado Springs LGBTQ+ nightclub, there are two separate principal tracks of forensic inquiry: how the shooter was able to legally obtain his AR-style assault rifle complete with what we assume to be illegal high-capacity magazines after a prior incident involving law enforcement that it could be argued should have triggered Colorado’s “red flag” laws, and the larger question of what motivated the shooter to commit this heinous crime.

AP reports on the first question, a 2021 incident in which the suspect made threats that, at least in this reporting, seem sufficient to have warranted an extreme risk protection order–which under Colorado law can be sought by either family members or law enforcement:

A year and a half before he was arrested in the Colorado Springs gay nightclub shooting that left five people dead, Anderson Lee Aldrich allegedly threatened his mother with a homemade bomb, forcing neighbors in surrounding homes to evacuate while the bomb squad and crisis negotiators talked him into surrendering.

Yet despite that scare, there’s no public record that prosecutors moved forward with felony kidnapping and menacing charges against Aldrich, or that police or relatives tried to trigger Colorado’s “red flag” law that would have allowed authorities to seize the weapons and ammo the man’s mother says he had with him.

Gun control advocates say Aldrich’s June 2021 threat is an example of a red flag law ignored, with potentially deadly consequences. While it’s not clear the law could have prevented Saturday night’s attack — such gun seizures can be in effect for as little as 14 days and be extended by a judge in six-month increments — they say it could have at least slowed Aldrich and raised his profile with law enforcement.

In part due to strident political opposition to the ERPO law by a number of the state’s elected county sheriffs and some district attorneys, utilization of the law in Colorado lags distantly behind many other states where the rate of firearm seizures is far higher. During his campaign for office, now-DA for El Paso County Michael Allen promised that if elected, his office would “not participate in ‘red flag’ confiscation.”

In the above AP story, El Paso County Sheriff Bill Elder explained that his office only initiates ERPO petitions at the request of family members unless there are “exigent circumstances.” Newly-elected sheriff Joe Roybal likewise says he won’t enforce the ERPO law. It’s straightforward to conclude that the ERPO law was not utilized against the shooter due to the political reluctance of local elected officials to do so. Ever since the passage of the “red flag” law in 2019, we’ve apprehensively predicted a case in which the political refusal to implement Colorado’s gun laws would result in a preventable tragedy. The mass shooting at Club Q this weekend appears to meet that criteria.

Given the number of shots fired by the shooter before unarmed patrons stopped him, it’s also likely that the assault weapon used was equipped with high-capacity magazines–which are illegal under state law, but as 9NEWS uncovered in a statewide investigative report are widely sold with impunity in jurisdictions where law enforcement has declared they won’t enforce the law.

The second major question about this shooting is of course the motivations of the shooter, who has already been charged with bias-motivated crimes in addition to murder. While we have not seen any statements directly attributed to the shooter to discern his motive, this year’s election season in Colorado witnessed an ugly reversion to anti-LGBTQ+ political themes that marked a change of course over previous years, in which Republicans had downplayed their opposition to marriage equality after years of being punished by voters for an increasingly unpopular repressive agenda. The Denver Post’s Elizabeth Hernandez:

“You can draw a straight line from the false and vile rhetoric about LGBTQ people spread by extremists and amplified across social media, to the nearly 300 anti-LGBTQ bills introduced this year, to the dozens of attacks on our community like this one,” said Sarah Kate Ellis, president and CEO of GLAAD, the Gay and Lesbian Alliance Against Defamation.

The emphasis on anti-trans themes in particular in Colorado politics this year, from lurid mailers sent to Spanish language households by GOP supervillain Stephen Miller to Heidi Ganahl’s crusade against “children identifying as animals,” reflected a nationwide strategy to terrorize a gullible segment of voters into turning out for Republican candidates. It doesn’t appear to have worked anywhere except maybe in Florida, while in Colorado it backfired–and arguably contributed to sweeping losses for Republicans in the election.

In 2015, a deranged man who called himself “a warrior for the babies” killed three people at the Colorado Springs Planned Parenthood clinic after months of false stories circulated in conservative media about the supposed sale of “baby body parts” from abortion clinics. These two incidents appear to share commonality in political messages that directly served in the minds of these unstable people as incitement to violence.

No one wants that on their conscience. But at some point, the traffickers in hateful rhetoric and the political movement they overwhelmingly adhere to must own this cause and effect.