“We are devastated. Club Q is a safe haven for LGBTQ Coloradans, and many of us have gone there over the years seeking solidarity and community. For that sense of safety to be shattered by this unspeakable act of violence impacts the entire LGBTQ community. On Trans Day of Remembrance, we have already been grieving the hate crimes that too often claim the lives of LGBTQ people simply because of who we are. From the acts of violence that target our community every day to the horrific shooting at the Pulse Nightclub, horrible tragedies like this have happened far too often, and they need to stop now. We must take urgent and meaningful action to reduce gun violence and prevent crimes that target and kill LGBTQ people.”

This is horrific, sickening, and devastating. My heart breaks for the family and friends of those lost, injured, and traumatized in this horrific shooting. I have spoken with Mayor Suthers and made it clear that every state resource is available to local law enforcement in Colorado Springs. We are eternally grateful for the brave individuals who blocked the gunman likely saving lives in the process and for the first responders who responded swiftly to this horrific shooting. Colorado stands with our LGTBQ community and everyone impacted by this tragedy as we mourn together. 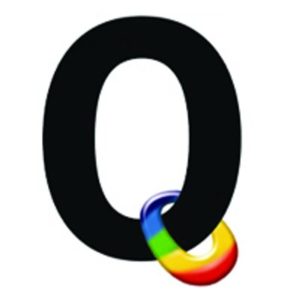 Waking up to terrible news out of Colorado Springs, a fatal mass shooting just before midnight last night at a popular LGBTQ+ club. KRDO:

Police hailed patrons in the club as heroes. Colorado Springs Police Chief Vasquez said at least two people inside confronted the shooter as he was making his way through the club and fought with him. They were able to stop the suspect from continuing to kill and harm others.

Chief Vasquez said we owe them a great debt of thanks.

At this time, police said it’s too early to determine a motive and cannot say whether or not this was a targeted attack against the LGBTQ community.

We’ll update with news and reactions as they come in. Terrible and all too familiar.