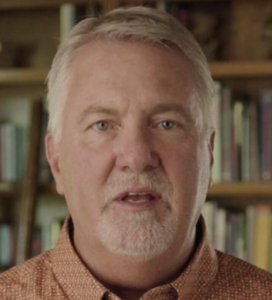 Joe O’Dea has the sads

Republican Senate candidate Joe O’Dea is well on his way to being defeated by incumbent Democratic Sen. Michael Bennet in November. A new bipartisan poll released on Friday from Keating Research and Magellan Strategies shows Bennet leading O’Dea 46-36, which tracks with what we’ve seen from most public polling in recent months.

O’Dea may be going down, but he’s not going to go down without a fight…and by “fight” we mean “whining about the media just like former President Donald Trump.”

O’Dea was a guest on the “Craig Silverman Podcast” on Oct. 1, 2022 when the discussion got around to O’Dea’s belief that he isn’t afraid to “answer the tough questions.” Then O’Dea complained about media outlets — specifically Kyle Clark and Marshall Zelinger of 9News — being unfair to him when he responds to “tough questions” with terrible answers.

ColoradoPols · Joe O’Dea Complains that Media is Treating Him Unfairly

O’DEA: I like answering the tough questions. [Pols emphasis] I gotta tell you [Bennet has] only agreed to one debate. It’s the 28th of October, as you know, the Blitz dropped some time to 17th. So half the ballots will probably be turned in and that’s the only debate he’s agreed to. And it’s with 9News, so we’ll have to debate them both. It’ll be Bennet and Kyle Clark now.

SILVERMAN: Now, wait a second. Kyle was a guest of mine on episode 100 and if you watch his show, I don’t know if you do or if you don’t. But he offers criticism of Democrats when they screw up. And you don’t think Kyle Clark and Marshall Zelinger can be fair to you?

O’DEA: Well they haven’t been to me so far. I did a 20 minute interview, and Kyle edited it to show some slips that I had and took them totally out of context. He’s not been fair with me. I’ve been fair with him. He comes after me every time he turns around, and I haven’t seen him be fair with any of the Republicans here this year. He’s, uh, in my opinion, he’s an activist. But you know,  that’s his role, I guess. I don’t feel like I’m getting treated fairly from him whenever I talk to him. So. And that’s my own personal feelings. But people like to watch his show. I understand. [Pols emphasis]

O’Dea is talking about this interview from early September in which he answered some very obvious questions with some very terrible answers. This is the interview in which O’Dea was asked about his position on abortion rights, and he responded with this:

Here’s the deal. I’m going to the Senate to negotiate a good bill that brings balance to women’s rights.

That is a really, really, really bad answer. But apparently in O’Dea’s mind, this is somehow Kyle Clark’s fault. This interview was not replayed everywhere because Clark asked new questions that nobody had ever considered before; it went viral because of what O’Dea said himself.

[We’re continually baffled why Republican candidates — including gubernatorial candidate Heidi Ganahl — continue to attack the most-watched news station in Colorado, but that’s a subject for another time.]

O’Dea’s whiny nonsense sounds quite familiar. In fact, it sounds a lot like former President Donald Trump. Here’s Trump on May 17, 2017, delivering the commencement speech to the graduating class of the U.S. Coast Guard Academy:

TRUMP: Look at the way I’ve been treated lately, especially by the media. No politician in history, and I say this with great surety, has been treated worse or more unfairly.”

Well, that was before Joe O’Dea was asked questions by journalists at 9News! It’s hard for anyone to take O’Dea seriously when he talks about holding Democrats and Bennet accountable but then won’t even hold himself accountable for his own dumb words.

There is one more clip from O’Dea’s interview with Silverman that deserves attention:

SILVERMAN: I’m worried about the world moving toward bigotry and fascism Joe O’Dea and I need people in the Republican Party to stop that. Would you be that guy?

O’DEA: I’m that guy. Craig, I gotta tell you my wife is, her grandfather immigrated from Mexico. The Hispanic community is part of my family. I don’t have time for bigotry, for anything. I like to judge people based on their work ethic, on their character. I don’t see color. [Pols emphasis] 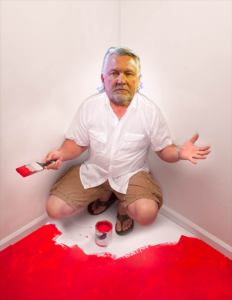 When you say I don’t see color, you are not doing me a favor. It’s as if you are telling me my brown skin is something you have to work to look past, to excuse even, in order to see my humanity. I want you to see my color as much as I want you to notice anything else about me.

Joe O’Dea doesn’t seem to be a terrible guy, but it’s been more than obvious throughout his campaign that he just hasn’t put a lot of thought into critically-important issues such as abortion rights and race relations. If you haven’t thought about these things, then you have no business being a U.S. Senator. And again, these are all O’Dea’s own words — nobody forced him to say these things.

Voters in Colorado generally don’t find it charming when candidates can’t take responsibility for their own mistakes and don’t take the time to be able to provide thoughtful answers on important topics. O’Dea thinks there is some meaning to regularly saying, “I’m not a politician,” which is a silly excuse to make when you are literally running for office (and, thus, being a politician).

When you say dumb things, you should expect a critical response. If you’re surprised by that, or if you blame someone else for that response, then you should definitely be doing something else with your life than running for public office.