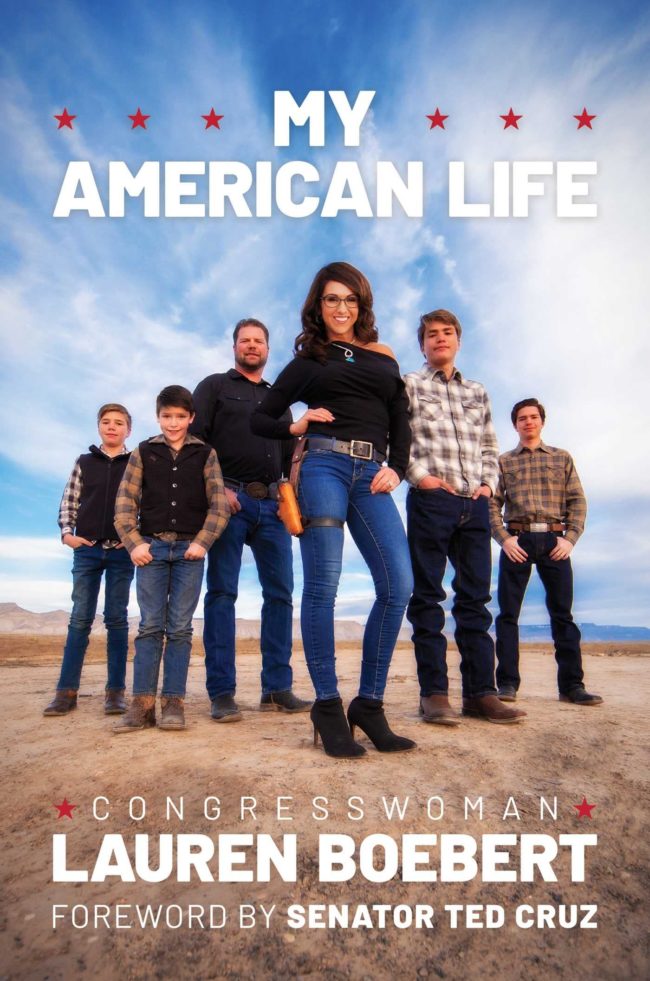 As everybody knows, politicians like to write books–or at least have books published under their name to which they contributed enough to claim the credit. Most of those books do not go on to become best-sellers, and usually wind up in the bargain bin at Walmart within a year or two.

On or before May 5, Boebert’s campaign began running an ad for her new book, “My American Life,” on WinRed, the Republican’s online fundraising platform that is typically used to solicit campaign donations. While a disclaimer at the bottom says that WinRed paid for the ad, the URL includes lauren-boebert-for-congress, and the ad has an option to sign up for updates from Lauren Boebert for Congress.

WinRed regularly runs ads in which candidates offer their book in exchange for a campaign donation. In those circumstances, the Federal Election Commission requires the campaign to buy the book in a manner that won’t lead to a royalty for the author (which is typically done by purchasing directly from the publisher at a discount).

Boebert’s ad is different. It directs supporters to buy her books from retailers, like Amazon and Books-A-Million, which could theoretically lead to royalties. [Pols emphasis]

Over the summer, Boebert’s campaign reported an expenditure of over $30,000 to purchase copies of Boebert’s book My American Life for the campaign’s use–which didn’t raise alarm bells by itself, since campaigns are allowed to buy copies of a candidate’s book to use for fundraising and promotional purposes, and there are rules to make sure those transactions don’t benefit the candidate personally.

But those aren’t the books Boebert is hawking when she puts up ads directing to Amazon. Amazon is selling Boebert’s book at full retail price, and those are sales that Boebert stands to profit from. It’s a problem for Boebert, but also for the WinRed Republican online fundraising platform–who it can be argued is helping put money directly into Boebert’s pocket, not Boebert’s campaign.

If there’s anything Boebert has proven adept at in her first term in office, it’s beating the high cost of living with questionable financial opportunities afforded her as a political luminary. Whether it’s reimbursing herself for more vehicle mileage than the Earth’s circumference or using her campaign account as a short-term loan shop, Boebert has pushed the limits on financial ethics more than any Colorado politico in recent memory.

Here’s another way she’s doing so–and we’ll have to see if CD-3 voters have any limit to their tolerance.