At Least He’s Not Your Wing-Wiping Valor Stealer Insurrectionist 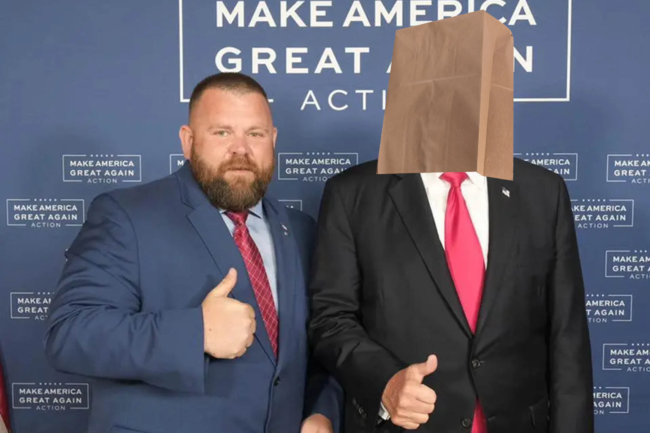 As the New York Times’ Neil Vigdor reports, a Trump-endorsed QAnon-curious January 6th participant Republican congressional candidate’s campaign for Congress is careening out of control, after his self-professed record of military service turned out to be wildly overstated:

J.R. Majewski, a Republican House candidate in northern Ohio, has frequently promoted himself as a combat veteran who served in Afghanistan after the Sept. 11, 2001, terrorist attacks, but the U.S. Air Force has no record that he served there, unraveling a central narrative of his political ascension that has been heralded by former President Donald J. Trump.

Mr. Majewski, 42, was deployed for six months in 2002 to Qatar, the Persian Gulf nation that is now home to the largest U.S. air base in the Middle East, according to Air Force records obtained by The New York Times.

The Associated Press reported earlier about Mr. Majewski’s misrepresentations of his military service, noting that he worked as a “passenger operations specialist” while he was in Qatar, helping to load and unload planes. In addition to Air Force records, it used information that it had obtained through a public records request from the National Archives but that was not immediately available on Thursday. 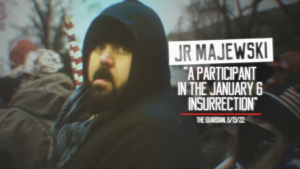 In short, this hard-charging MAGA Republican basically has nothing else to run for Congress on other than his claims to have been a combat veteran in Afghanistan, when the record indicates the closest he got to the combat zone was hundreds of miles away in Qatar loading and unloading airplanes–“in the rear with the gear” is the term we heard in a movie once. But as the AP reports, J.R. Majewski, whose past verifiable vocations include “pro-Trump hip hop performer,” embellished that mundane record very bigly campaigning for office:

Throughout his campaign Majewski has offered his Air Force service as a valuable credential. The tagline “veteran for Congress” appears on campaign merchandise. He ran a Facebook ad promoting himself as “combat veteran.” And in a campaign video released this year, Majewski marauds through a vacant factory with a rifle while pledging to restore an America that is “independent and strong like the country I fought for.”

More recently, the House Republican campaign committee released a biography that describes Majewski as a veteran whose “squadron was one of the first on the ground in Afghanistan after 9/11.” A campaign ad posted online Tuesday by Majewski supporters flashed the words “Afghanistan War Veteran” across the screen alongside a picture of a younger Majewski in his dress uniform.

A biography posted on his campaign website does not mention Afghanistan, but in an August 2021 tweet criticizing the U.S. withdrawal from the country, Majewski said he would “gladly suit up and go back to Afghanistan.”

Majewski is running in a newly redrawn congressional district against Democratic Rep. Marcy Kaptur, who (very) longtime readers will remember was a member of the Congressional Ukrainian Caucus along with Colorado GOP Rep. Bob Schaffer some 15 years ago. The district as redrawn now tilts slightly Republican, which has given the party hopes of unseating one the of the state’s longest-serving Democratic officials.

The fallout from the revelations appeared to be swift and significant, with the National Republican Congressional Committee on Thursday canceling television ads it had booked for the final six weeks of the campaign in support of Mr. Majewski, according to AdImpact, a firm that tracks campaign advertising. The decision was also reported by Medium Buying, a political advertising news site.

It looks like Kevin McCarthy’s shrinking path to a majority will not pass through Toledo.