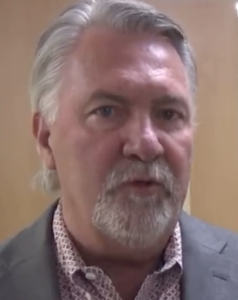 Joe O’Dea has TWICE called the raid on Mar-a-Lago a “political stunt.”

Earlier today, Chase Woodruff of Colorado Newsline pointed out via Twitter that it has been three weeks since Republican Senate candidate Joe O’Dea said this about the FBI raid on Mar-a-Lago:

“The American people deserve to know what’s going on here. [The] DOJ should put all their cards on the table. If the facts and the law support the action, so be it. If this is about election year politics, that will be equally clear.”

Woodruff was making the point that O’Dea should be asked about this comment in light of all of the new information that has since emerged about former President Donald Trump’s apparent efforts to hide his illegal possession of some of the most sensitive pieces of classified information in the United States. It’s a fair question, to be sure.

But then we saw this clip from Jewish Insider in which O’Dea makes even more outlandish assertions. According to Marc Rod of Jewish Insider, O’Dea made the following statement ON MONDAY:

Despite his criticisms of the former president, O’Dea described the recent FBI raid on Mar-a-Lago as a “political stunt” that is “undermining” Americans’ faith in the federal bureaucracy. But, he continued, if Trump kept documents he “shouldn’t have, that shouldn’t have gone on either.”

“The American people really want to know what’s going on,” O’Dea said. “If it was something wrong, he should be held accountable. If it’s just another political stunt by the Biden administration, which is what it looks like, that should come out as well.” [Pols emphasis]

If you wanted to be very generous, you could call O’Dea’s original comments “unfortunate.” But saying it twice, the second time as recently as Monday, means that THIS IS WHAT JOE O’DEA ACTUALLY BELIEVES.

And that, friends, disqualifies him from elected office.