Conservative Pollster Shows Bennet Up By 8 Over O’Dea

Conservative polling outfit McLaughlin and Associates is not normally where Democrats look for good news, but this weekend’s poll of Colorado voters is undeniably positive for Democrats and crushing bad news for local Republicans: 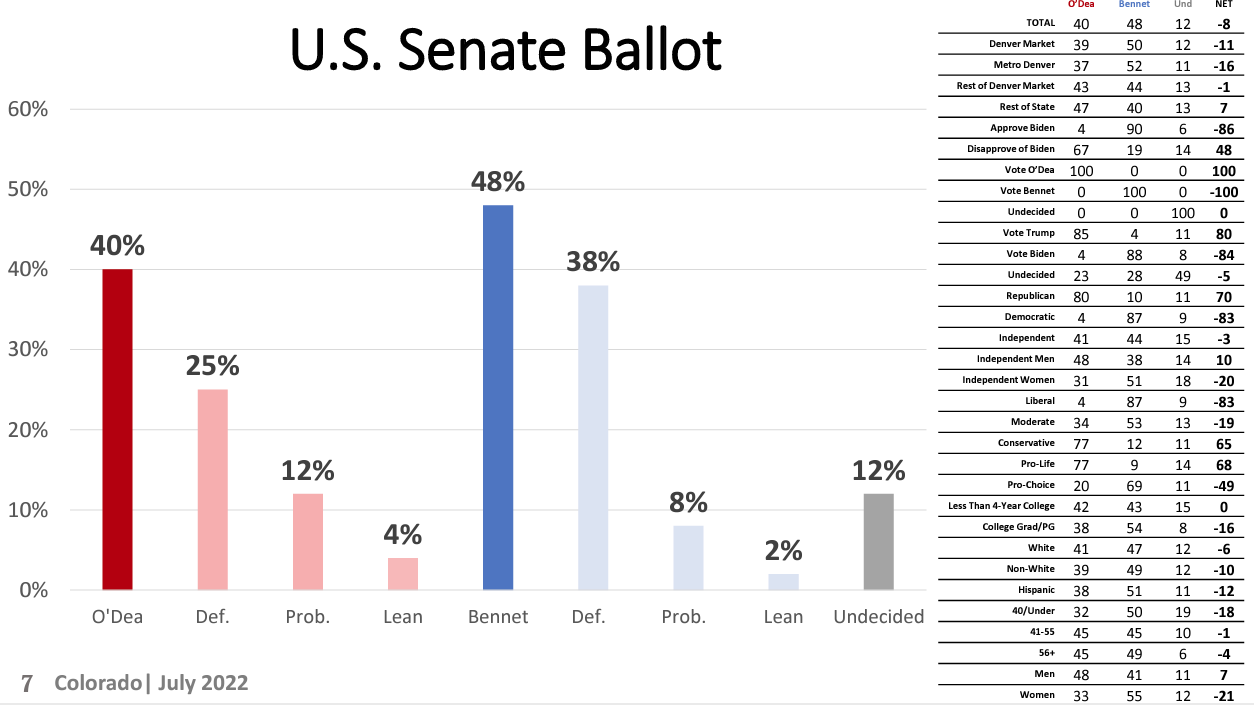 Incumbent Democratic Sen. Michael Bennet’s eight-point lead in this poll doesn’t fully capture the dilemma for opponent Joe O’Dea, who is hampered by a huge number of voters who have no idea who he is while Bennet benefits from vastly higher name ID and a strongly positive favorability rating. President Joe Biden, whose favorability is underwater in this poll like every poll in the last year, still enjoys a solid lead over Donald Trump in a head-to-head matchup–a reminder that even as voters express their dissatisfaction with Biden they remain mindful of the even worse alternative.

The most important takeaway is that McLaughlin and Associates is a go-to pollster for Fox News and Republicans in general hoping to validate their pre-existing notions. If there was any pollster out there who could manufacture good news for Colorado Republicans, this would be the one, and that makes their bleak assessment of GOP prospects in this state more credible. When national Republican strategists are confronted with numbers like these, they realize there are other races where their resources will be better spent.

Sometimes it’s better to hear it from a friend.