The Ads You’re Seeing Are A Massive GOP Head Fake

Right now, at the top of this page, there’s a pretty good chance you’re seeing an ad similar to this one:

This ad has been running in heavy circulation on our site’s Google ad spaces for the last 48 hours or so, as well as a number of much larger political news sites including Politico (screenshot taken today): 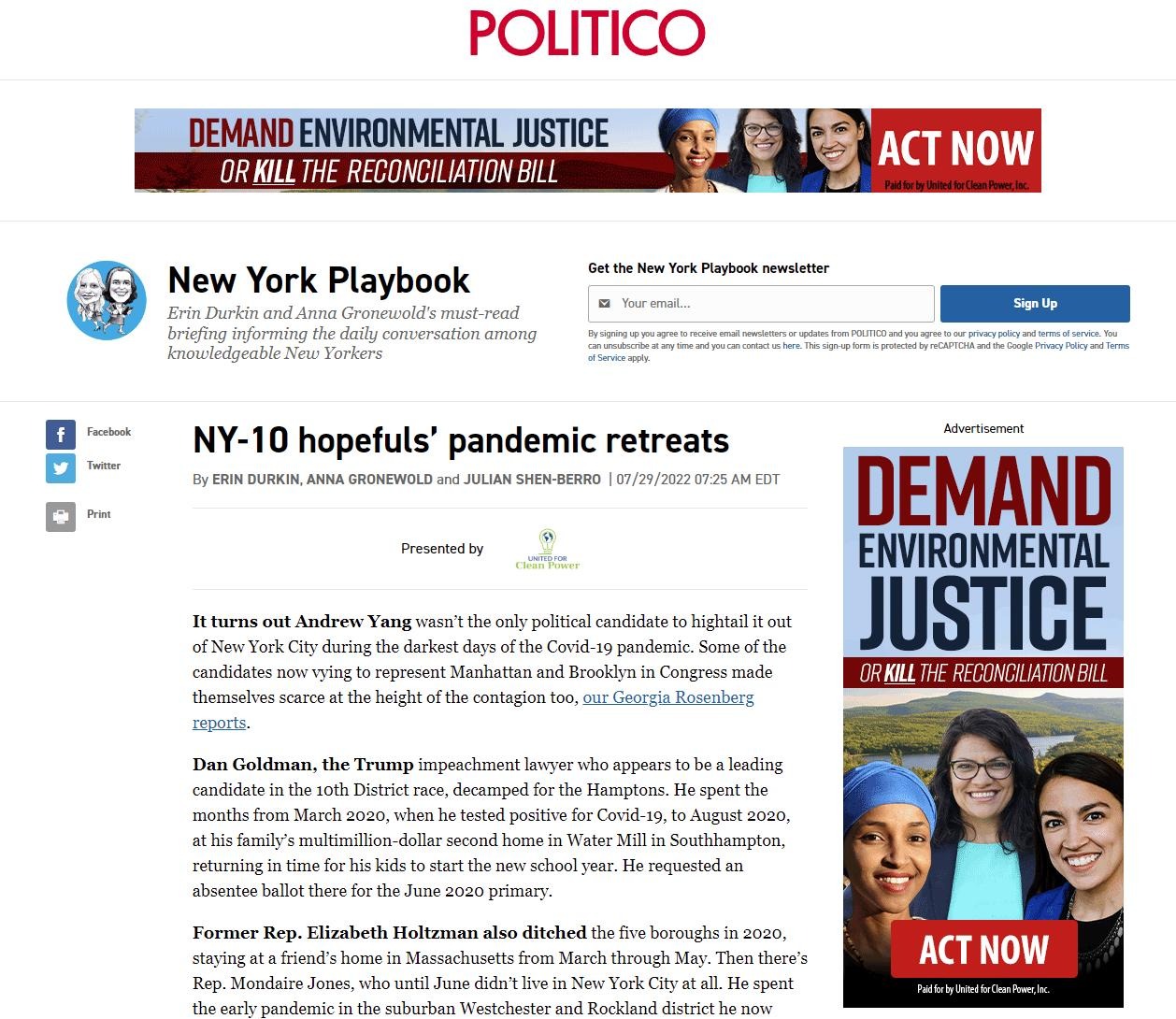 We were immediately curious about these ads, since all of the mainstream environmental advocacy organizations in the country have come out in support of the Inflation Reduction Act, which includes $369 billion in funding specifically to address climate change–the most significant such investment by orders of magnitude in American history. What progressive organization would push ads featuring members of “The Squad” of far-left members of Congress calling for this bill crucial to the Democratic agenda to be killed?

According to FEC data, Majority Strategies has worked to elect countless Republican climate deniers to Congress and other elected offices, including recently for Sarah Palin’s campaign for Congress in Alaska this year. The firm last week published research urging their clients to invest in digital ads instead of exclusively focusing on traditional TV ads.

Majority Strategies’ relationship with the Colorado GOP goes back to at least 2008, with hundreds of records of expenditures as well as payments by Majority Strategies to Colorado Republican committees. Former Senate President Bill Cadman, whose “side business” as a campaign consultant prospered handsomely during his leadership tenure, regularly used Majority Strategies as a vendor.

With all of this in view, we can conclude safely that this saturation-bombing digital ad campaign is exactly what it looks like: a Republican attempt to deceive left-wing Democratic voters into opposing a major Democratic policy goal. Every Republican who has complained in the last couple of months about so-called “Democratic meddling” in Republican primaries, and (checks headlines) that’s a lot of Republicans, should now have to explain how this is any more ethical. This is a Republican campaign using not just Democratic rhetoric but images of far-left public figures to falsely suggest a bill Republicans are trying desperately to kill lacks support. We’ll be standing by for the same degree of strenuously affected outrage.

The moral of the story is, don’t believe the hype–even when it appears in an ad on our website.

Which we assume will stop running soon, since the game is up in this space.