Welcome Back Friends To The Show That Never Ends

NEW 📥: In a press release, Tina Peters’ campaign says she has successfully raised enough money ($230k) to pay for a recount of the GOP primary election for Secretary of State. Peters, as she has said previously, wants a hand count. #copolitics @KRDONC13 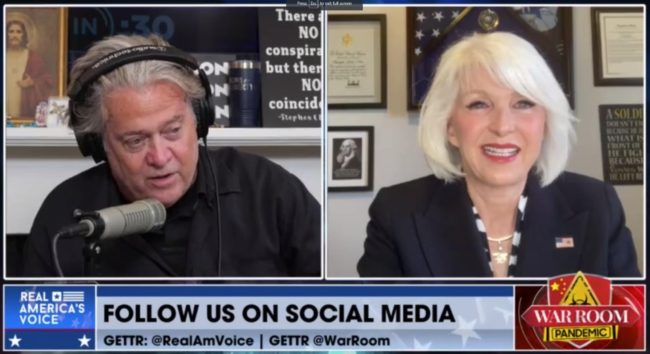 As Colorado Newsline’s Zoe Schacht reports, two Republican candidates for statewide office, who not coincidentally are major proponents of 2020 presidential election fraud conspiracy theories, submitted a second request to Colorado Secretary of State Jena Griswold for a recount of the primary elections they each lost by substantial margins. Joining them in this new request are a few new friends:

After hosting fundraisers and asking for donations to fund a recount of the Colorado primary election, five Republican candidates who lost their races, including Mesa County Clerk Tina Peters and state Rep. Ron Hanks, filed recount requests with the secretary of state’s office Tuesday, the last day they could.

Four of the candidates are part of the Colorado Recount Coalition, a group that says it’s “demanding” a hand recount of the June 28 primary.

The secretary of state’s office is due to tell candidates how much a recount will cost them.

That’s how it works: once you convince yourself that elections are all fraudulent, and you start telling other people that your loss in the recent election was fraudulent, fellow losers can’t help but start thinking the same thing! Since no evidence is required any more than Donald Trump needed any, GOP sore losership is becoming quite contagious.

This is why Mesa County Clerk Tina Peters and state Rep. Ron Hanks should have been stopped by the high cost of a recount conducted in a race outside the narrow margin required for an automatic recount under state law. Last week’s request by Peters and Hanks was met with a cost estimate of over $230,000 per race, followed by silence since neither Hanks nor Peters had that kind of money.

Except now it appears that at least Peters might:

Peters, an election conspiracy theorist who denies the result of the 2020 presidential election, appeared on Steve Bannon’s podcast “War Room” Tuesday morning. She said she had raised $190,000 from individual donors in time to request a recount.

That’s right, folks–on election coupmeister Steve Bannon’s War Room program yesterday, Bannon more or less took credit for raising the funds required to conduct a recount for Peters, claiming the “The War Room Posse put their shoulder to the wheel” to raise what should have been a prohibitively large amount of dough to move forward. If Bannon and Peters are to be believed, these funds were raised in small increments within the donation limits for Peters’ race. It’s not clear as of now whether Ron Hanks has also benefited from the “War Room Posse’s” largesse, or where these state legislative candidates plan to get the smaller amounts needed to pay for recounts in their races.

But for Republicans hoping that Peters and Hanks would go away and let the winners of the Republican primary consolidate the base, that’s not going to happen–at least not yet. Remember, none of this is about proving anything–it’s just about keeping the uncertainty going for another news cycle, allowing the mass delusion common to Karl Dent, Donald Trump, and everyone in between to live on.

With help from Steve Bannon’s “War Room Posse,” that mission is accomplished.