Poll: Half Of Americans Believe Civil War Is Coming Soon 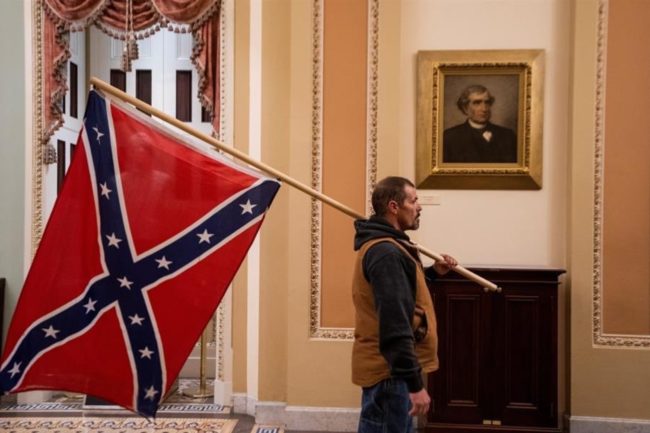 The San Francisco Chronicle reported last night on a new study released by the University of California at Davis’ Violence Prevention Research Program, looking at the current attitudes of Americans with regard to political violence 18 months after the insurrection at the U.S. Capitol on January 6th, 2021 that tried and failed to obstruct the certification of President Joe Biden’s victory in the 2020 presidential elections.

In an era where hyperbole is the norm rather than the exception, it’s easy to get unnecessarily worked up–and desensitized–by overheated rhetoric. But the results of this study, if accurate, should deeply concern every American:

One in five Americans believes that violence can be at least sometimes justified “to advance an important political objective,” and half believe that a civil war is on the way “in the next few years,” according to a new nationwide survey by researchers at UC Davis’ Violence Prevention Research Program…

When asked questions about specific objectives, nearly 12% of respondents said that violence could be at least sometimes justified “to return Donald Trump to the presidency this year” and nearly 25% said “to stop an election from being stolen.”

Meanwhile, around 7% of respondents believed it could be at least sometimes justified to use violence “to stop people who do not share my beliefs from voting,” about 24% said it could be OK “to preserve an American way of life based on Western European traditions,” almost 19% “to oppose the government when it does not share my beliefs,” and 38% “to oppose the government when it tries to take private land for public purposes.”

…The survey of 8,620 people aimed to learn more about what was motivating Americans at a time when researchers noted that both gun violence and gun purchases are increasing, more people believe QAnon-type conspiracy theories, and political polarization is widening.

Militant far-right ideologues often make the claim that only 3% of the population of the American colonies actually participated in the American War for Independence. The truth is the percentage was substantially higher than that, though never a majority of the population participating in combat. This has given rise to a persistent belief on the militant right that majority support for their agenda is neither necessary nor even desirable. And that means democracy is no longer their highest priority.

The numbers in this survey bear that out:

In one of the survey’s more startling findings, more than 40% of the respondents said that “having a strong leader for America is more important than having a democracy.” [Pols emphasis]

If 40% of Americans in 2022 really believe a “strong leader” is more important than democracy, and 24% say violence is appropriate to preserve the “American way of life based on Western European traditions,” and 25% to stop a future election from “being stolen,” that is more than enough of a mass abandonment of the founding principles of the country to lead to escalating political violence. Although Donald Trump bears major responsibility for destabilizing American politics and sowing doubt about the integrity of our elections, Trump might not personally be the beneficiary of the chaos he’s planted in the heart of American democracy.

Trump, for all the harm he did, was self-limited by his own incompetence. Thanks to Trump, the stage has been set for someone smarter to succeed where Trump failed.

Needless to say, we hope this study is wrong.