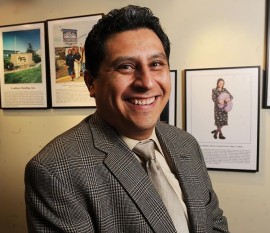 9NEWS’ Kyle Clark reports on an audio recording of Republican gubernatorial candidate Greg Lopez, speaking a few days ago to Republicans in the remote mining town of Silverton about his plan to put a stop of the GOP’s terminal slide in recent Colorado elections. The plan is simple, and we’ve heard variations of it proposed in Colorado before: making rural votes worth more than urban votes.

Lopez outlined his proposal at a May 15 campaign stop in Silverton. An audio recording of the event made by a political tracker was provided to 9NEWS.

Lopez said his electoral college plan would weight counties’ votes based on their voter turnout percentage to encourage turnout. 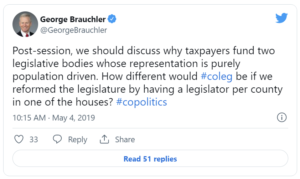 Back in 2019, failed attorney general candidate turned AM radio host George Brauchler proposed changing one chamber of the legislature, presumably the state senate, into a body representing the state’s 64 counties “equally” instead of districts divided equally by population. The numerical superiority of conservative rural counties would instantly flip the chamber to permanent Republican control, requiring only the democratic peculiarity of San Juan County’s 646 people having as much representative say as Denver’s 715,878.

And the people of Denver would somehow, you know, vote for this.

Similarly, 9NEWS did the math with Greg Lopez’s proposal for an “electoral college” for statewide races and found that, sure enough, dirt would triumph over people once again and elect Republicans even with a clear majority of Colorado voters voting against Republican candidates! After watching Donald Trump stake his claim to the presidency twice despite losing the popular vote by millions, Lopez is happily conceding that Colorado Republicans can’t win a majority of Colorado voters either and offering the GOP faithful who, let’s be honest, aren’t big fans of democracy these days anyway, a “solution.”

In reality, applying the inherent inequality of the federal Electoral College to the antiquated political geography of Colorado’s 64 rural counties makes a compelling argument against both the Electoral College and the U.S. Senate’s “equal representation of states.” The absurd results generated on our smaller scale application tell a much bigger story. It’s also a hell of a thing to admit to voters ahead of an election.

Maybe not in San Juan County, but everywhere people are.