As posted to Republican gubernatorial candidate Heidi Ganahl’s Instagram a week ago, speaking to party faithful on a tour of southern points in the state: 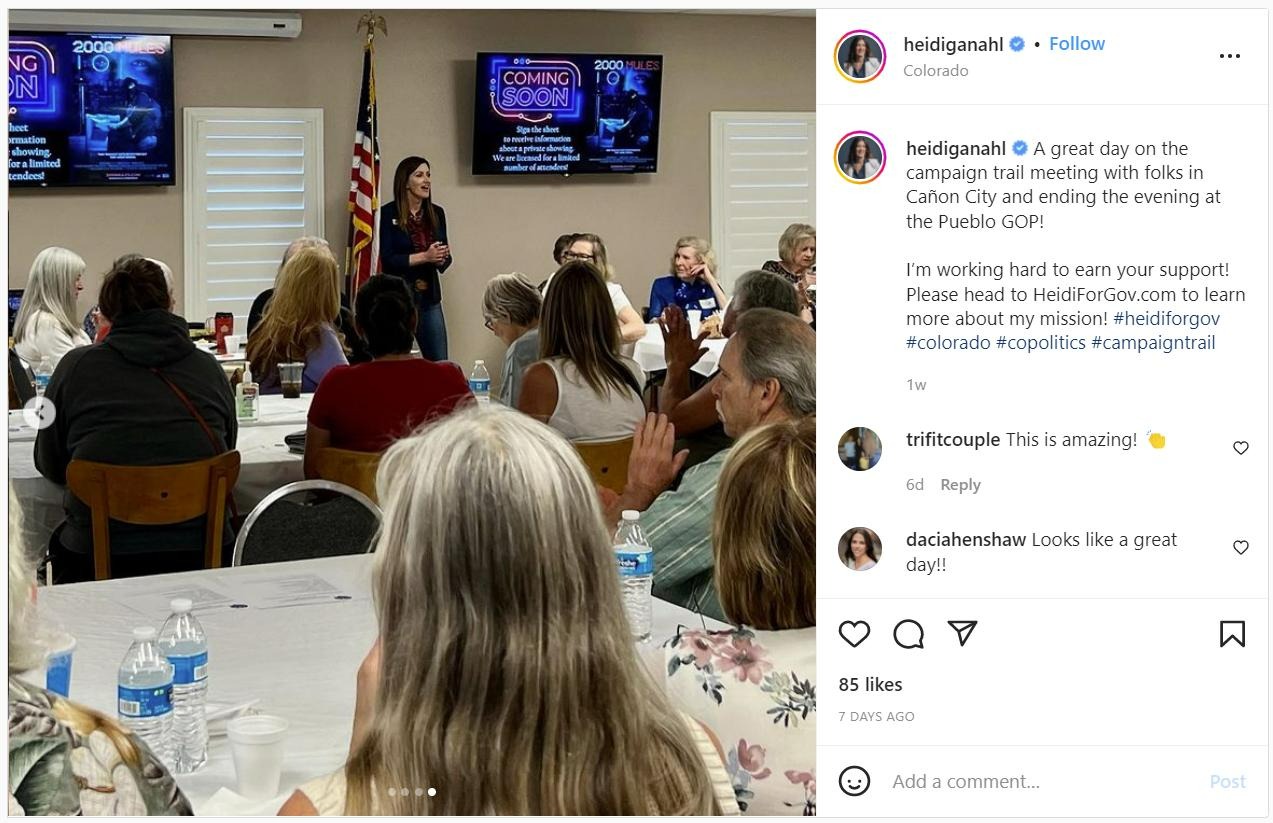 Look closely at the image displayed on screens beside Ganahl while she talks to voters: 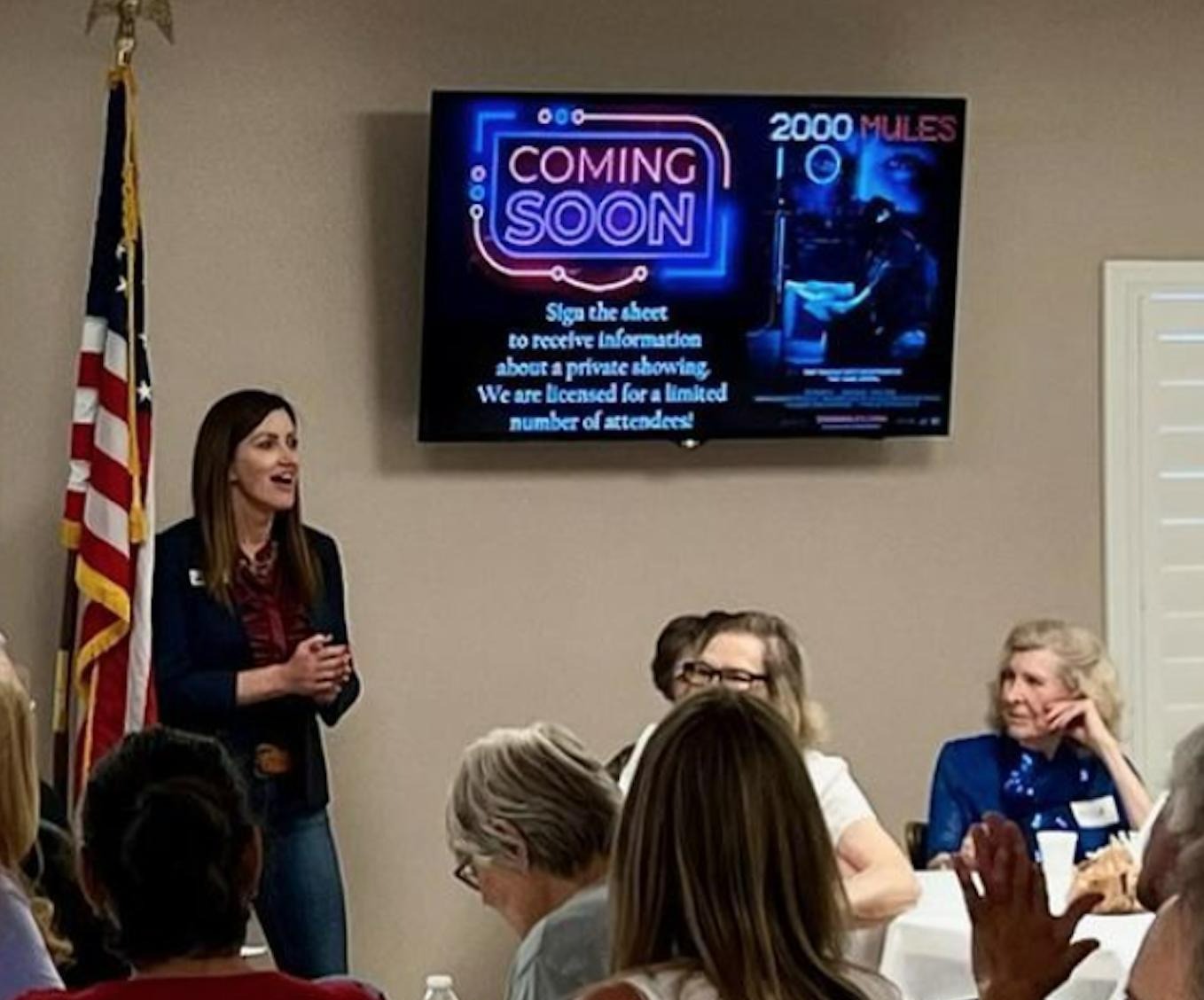 As you can see, the local party (It’s not clear whether this is Fremont or Pueblo County) is promoting a “private showing” of the new and already thoroughly discredited conspiracy theory flick 2000 Mules from conservative whacktivist usual suspect Dinesh D’Souza–the same movie that Secretary of State candidate Tina Peters received court permission to travel to Florida and watch with Donald Trump at Mar-a-Lago earlier this month. Despite the fact that 2000 Mules lays out a completely new conspiracy theory with no relationship to Peters’ half-baked suspicions about Dominion Voting Systems, the 2020 election denier crowd including Peters has enthusiastically embraced this new supposed plot in order to keep their confirmation bias pointed forward.

Now that Heidi Ganahl and 2000 Mules are cross-promoting at Republican events, we’d say Heidi Ganahl has volunteered herself for some of those dreaded “divisive questions!” After refusing to divulge her views about the 2020 elections followed by a grudging concession that “Joe Biden is President” with no comment on whether he should be, Ganahl has insisted to the point of liability on ignoring, redirecting, and shooting the messenger when confronted about the subject. And then in private, Ganahl assures the party faithful that she cares “about everything that you care about.”

At the moment, what the base cares about is…mules.

So let’s hear from Heidi Ganahl about the mules.