Fundraising reports for the most recent period are starting to show up for candidates in the Republican primary to run for Colorado Secretary of State–and if you’re in that minority of Colorado Republicans who doesn’t want the 2022 election to be a rehash of the 2020 presidential elections, which might incline you to support ex-Jeffco Clerk Pam Anderson, we’ve got bad news for you: 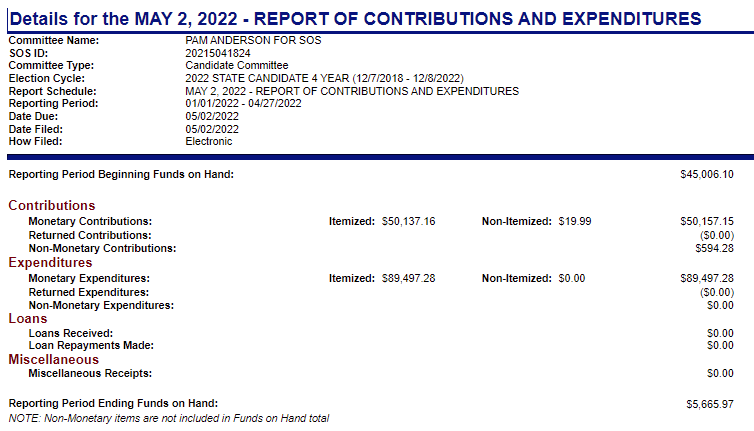 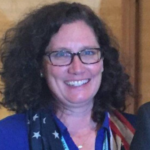 Pam Anderson is basically broke, with a shockingly low $5,665 balance of cash on hand at the end of the reporting period last week. To put these numbers in some perspective, Rep. Ron Hanks, who has been dismissed by some for his supposed inability to raise money, has almost three times Anderson’s cash on hand according to his latest report. Anderson’s principal opponent Mesa County Clerk Tina Peters has not yet reported her fundraising haul, but the national attention Peters is receiving as a central player in the “dead-ender” plot to restore Donald Trump to the presidency–for which she may end up in jail for a very long time–could mean she’s been raising a lot of money these past few months. We’ll be watching closely for Peters’ report to be submitted.

As for Anderson, this surprisingly anemic fundraising is just more evidence that she is a candidate without a constituency–at least without a majority coalition she would need to actually be competitive against her incumbent opponent Jena Griswold, who posted a massive $850,000 haul for the same period and ended the same period with $300,000 on hand. There’s simply no good reason for Colorado voters to hand the state’s election system over to Donald Trump’s party, no matter how many times Anderson insists that (R) after her name is not what it looks like. Absent a major turnaround that we don’t see any impetus for, Anderson is setting up to be an honorable placeholder who saves Colorado Republicans from further embarrassment in a race that’s off the table.

Or, Anderson actually loses to Tina Peters. It’s time to starting planning for the worst.