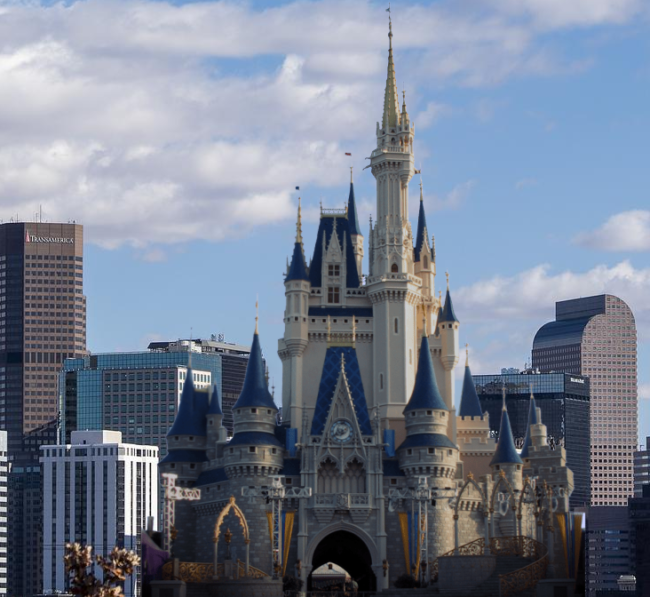 Magic Kingdom in the city of magic mushrooms?

As the Denver Post’s Molly Burke reported yesterday, the sparring between Florida Gov. Ron DeSantis and major Florida economic contributor Disney over that state’s controversial new “Don’t Say Gay” legislation, which has led to threats by Gov. DeSantis to take retaliatory action against Disney World, has drawn in Colorado’s Gov. Jared Polis with an offer to welcome Disney to our state:

The Florida governor has also proposed to dissolve the special tax status for Disney World that has been in place for 55 years in retaliation to the entertainment giant’s opposition to what critics have dubbed the state’s “Don’t Say Gay” law.

In response, Polis tweeted that the two companies could find a home in Colorado, rather than dealing with “Florida’s authoritarian socialist attacks on the private sector.”

Gov. DeSantis’ quarrel with Twitter doesn’t exactly carry the moral weight of Disney’s criticism of the controversial legislation DeSantis signed into law–which as we’ve discussed is meant to confront the “problem” of sex ed to kindergartners that despite Heidi Ganahl’s insistence to the contrary does not actually exist. But for any governor who claims to support economic growth, which last time we checked was most of them, welcoming businesses instead of threatening them seems like the way to go:

We will grant Mickey and Minnie full asylum in Colorado https://t.co/xpkqvEYoCu

After Denver was in the right place at the right time with the right politics to snatch away the 2021 All-Star Game due to Georgia’s passage of vote suppression legislation, we take these kinds of conflicts more seriously than we once did–even if it’s unlikely that a city-sized attraction like Disney World would relocate to a place where it’s freezing half the year. It’s much more likely that Disney will simply hunker down and outlast Gov. DeSantis.

But it’s another chance for Polis to look like the real “pro-business leader” while DeSantis and Ganahl wage war on Mickey Mouse.