Saturday’s Republican State assembly was an absolutely EPIC disaster. In their wildest dreams, Democrats couldn’t have hoped for a bigger mess than the one that occurred at the Broadmoor World Arena in Colorado Springs.

The big stories were State Rep. Ron Hanks (U.S. Senate) and Greg Lopez (Governor) capturing first place in their respective races, but no political contest better encapsulates the circus that was the Republican convention better than the race for Attorney General.

John Kellner, the District Attorney in JD-18 (Arapahoe County) entered the day as the only known candidate seeking the Republican nomination for Attorney General. He damn near left World Arena with a Primary battle on his hands. 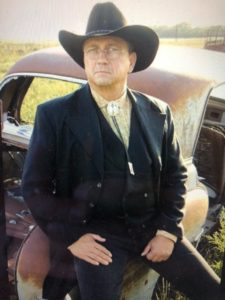 After Kellner spoke to the Republican faithful on Saturday, some guy named Stanley Thorne raised his hand and announced that he, too, would like to be a Republican candidate for AG. Thorne is apparently an attorney (in Texas) and the host of a radio show called “Dr. Thorne’s Traveling Emporium and Medicine Show” [like we could make that up]. It’s a little weird for somebody to get nominated for statewide office from the floor like this, but that’s how Lauren Boebert’s Party rolls these days.

Thorne made the case to delegates that he would be a better choice to be the eventual Republican nominee for AG because Kellner is not doing enough to support (now Secretary of State candidate) Tina Peters. In the race just before AG, Lopez ended up taking first place on the gubernatorial ballot after pledging to “pardon” Peters for her many sins as Mesa County Clerk and Recorder; needless to say, this was not an unwise narrative for Thorne to explore.

When the ballots had been cast, 42% of the delegates in the room decided to vote for Thorne instead of Kellner.

This is worth repeating: Forty-two percent of Colorado Republicans said they would prefer “any random asshole” for Attorney General rather than John Kellner.

But while Thorne can apparently be nominated for Attorney General despite not being a registered attorney in the State of Colorado, there is one hurdle he might still find insurmountable. As Jesse Paul of The Colorado Sun reports via Twitter: 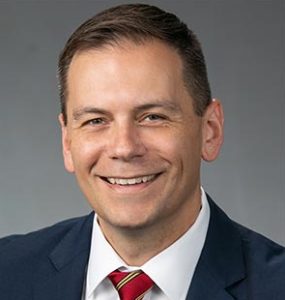 We need to amend our earlier sentence: Apparently 42% of Colorado Republicans said they would prefer “any random asshole” for Attorney General rather than John Kellner…EVEN if that person is not even a registered Republican in Colorado.

It’s still not clear if Thorne could be an official candidate for Attorney General without being a registered attorney in Colorado (it would certainly be a requirement in order to hold the office of AG), but he definitely can’t be a Republican candidate if he isn’t, you know, AN ACTUAL REGISTERED REPUBLICAN. That it took the Colorado Republican Party the better part of a day to figure this out is another story altogether.

Kellner may have dodged a Republican Primary contest on a technicality, but his campaign now has to move forward knowing full well that a sizable percentage of the Republican base doesn’t really like him. There’s probably a word for this, but it doesn’t rhyme with “Bomentum.”