Not An April Fool’s Joke: “Poop Guy” Alex Walker Is For Real 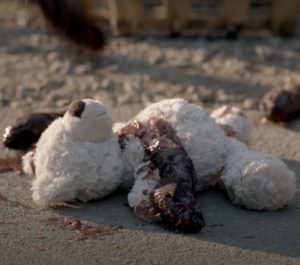 When we first were shown the well-produced but shockingly graphic campaign launch video for Alex Walker, a previously unknown Democratic candidate running in the CD-3 primary to challenge GOP freshman outrage epicenter Rep. Lauren Boebert, we’ll be perfectly honest: we thought it was fake. If you haven’t seen this video, and we still haven’t worked up the courage to watch it a second time even though it’s received almost half a million views, suffice to say that it will challenge your intestinal fortitude in ways you can scarcely imagine.

But in a press release today, “Poop Guy” Alex Walker answers critics who say he’s not a legitimate candidate with a strong fundraising performance in a short period: a sign that even though we couldn’t stomach Walker’s copro-tastic launch video, plenty of viewers slurped up the message.

Today, Alex Walker announced that he’s raised an impressive $128,796 in just over one month since launching his campaign to defeat right-wing extremist Lauren Boebert in Colorado’s third congressional district. The grassroots effort is powered by small-dollar donations, with an average donation of $32 from nearly 3,500 individual donors. The campaign has roughly $50,000 cash-on-hand. Walker, the first Democrat to qualify for the June primary, is on track to raise millions of dollars to take down Boebert in the general election.

“This is just the beginning. We’re electrifying people across Colorado and around the country who want real change brought to the third congressional district,” said Walker. He added, “Thanks to the thousands of donors supporting our campaign, Lauren Boebert’s days of embarrassing our state, unapologetic bigotry, and wasting taxpayers’ time achieving nothing in Congress are soon coming to a close. This campaign is all about one thing – victory. I’m the best candidate to beat Boebert, and today we’re one step closer to sending this lunatic packing.”

All we can say is, God help us.

Whether “Poop Guy” can convert the attention he got for his campaign launch video into long-term competitiveness in the CD-3 Democratic primary is anybody’s guess, but if nothing else he’s given the world a brain-searingly unforgettable counterweight to Boebert’s daily onslaught of awfulness. That we suppose is a service even if it doesn’t get Alex Walker personally over the finish line first in the primary.

For the next video, we’ll know not to watch near meal times.