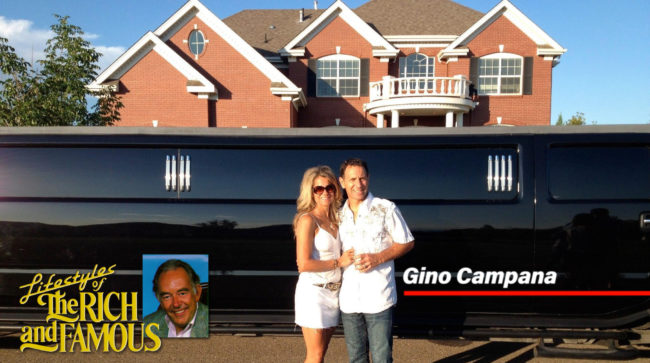 A breaking story on the AP newswire this afternoon from reporter Nicholas Riccardi is shaking up the Colorado GOP U.S. Senate primary just as party county assemblies prepare to meet tomorrow. Gino Campana, the ultra-wealthy real estate developer and former Fort Collins city councilor competing in the assembly process to reach the June 28th primary ballot, faces a raft of new questions over an incident in 2013 where police were sent to Campana’s home on a noise complaint.

What they found was Campana hosting a rowdy high school graduation party for his daughter–rowdy enough, it seems, have been dangerously close to contributing to the delinquency of a whole bunch of area minors:

Campana eventually complied with police directives and was cited for unreasonable noise at the party, which saw dozens of teenagers spilling across an upscale neighborhood in the northern Colorado city of Fort Collins. The Campana campaign said the candidate does not recall arguing with police or being warned he might be obstructing their investigation. Police documents show he said the bartenders he hired were checking IDs to thwart underage drinking, but Campana was concerned some youths could still be too drunk to drive home if the party was broken up…

So the first and most obvious question is, why the hell would you have bartenders at a high school graduation party? We know why the kids would love it, but why as a parent would you do that? Campana says they were “checking IDs,” but the police report paints a rather different picture of the scene–and of Campana’s general lack of cooperation:

Barnes wrote that Campana approached him and his partner and introduced himself simply as Gino. After the officers explained why they were there, Barnes wrote, “Gino then said that he was Gino Campana, and that he was on the Fort Collins City Council.” Campana also “made the comment that he did not want to read about this in the newspaper tomorrow morning,” Barnes wrote. [Pols emphasis]

Isn’t it cool how public officials who find themselves in trouble with the cops always remember to mention that they’re public officials? It’s almost like Campana was hoping his position would get him off the hook with the cops–except that would be some pretty serious official misconduct, and we’d hate to think Campana was capable of such a thing.

What a shame that’s exactly how it looks. 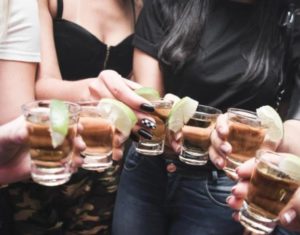 Kids drinking booze that mysteriously appeared in their hands out of nowhere.

As for the minors staggering around the “upscale neighborhood” just by coincidence we’re to believe where Gino Campana had a bar set up for his daughter’s high school graduation party? It looks like he cared about their well-being at least a little, though in the end Campana arguably just was covering his own backside:.

The officers asked Campana to break up the party, but wrote that he refused. “He said he didn’t want all these ‘children’ — and he kept referring to them as children throughout our contact — just randomly getting into vehicles and driving away if they hadn’t been checked for alcohol,” the report states. “He then quickly added that no one had been served alcohol at his house, but that he couldn’t control whether people received alcohol or came to his house intoxicated already.” [Pols emphasis]

Got that? The kids who were definitely not drinking at Gino Campana’s daughter’s high school graduation party where Gino just happened to have a bar set up couldn’t be allowed to drive away until being “checked for alcohol”–after which if you aren’t clear how this works they would be arrested for teenage alcohol consumption, and then most likely questioned about where they got the alcohol. Campana couldn’t just let the kids drive away conscionably, and that’s at least something, but he needed an alibi in the form of the kids having already showed up drunk to the party–which is of course very difficult to believe. This incident looks to have been perilously close to a real nightmare for Gino Campana, complete with criminal charges that would have cancelled his political upward mobility then and there.

“Campana said you’re not giving me a ticket and began to turn and walk away,” Wagner wrote. “I told Campana that he was very close to being arrested for Obstruction and that he needed to cooperate.” [Pols emphasis]

Campana got his ID and sent someone to clean the trash in the street. Officers in his yard found a beer pong table where the “kids” were playing, but Campana said they were using water.

In the end, Campana was cited only for the noise violation. And we’re left to ask the question: had Campana not been a rich Fort Collins city councilor, would the  responding police have been this patient? Would the cops have taken Campana’s word that none of these kids were drinking at a high school graduation party where Campana supplied the booze if he were just an ordinary dad?

The Republican Party faithful at county assembly tomorrow are not going to approve.