Stuff In Mesa County Is Just Getting Weird Now

In today’s edition of the Colorado Sun’s Unaffiliated newsletter, we got a preview of what might be the next stage of embattled Mesa County Clerk Tina Peters’ defense strategy–note the omission of the word “legal,” because, well, it’s not exactly:

Thomas Peters alleges Tina Peters used “deceit and deception” to transfer ownership of his home to herself.

The lawsuit, filed in December, comes amid the criminal investigation and campaign finance complaints that have been lodged against Tina Peters.

Now, understand that this latest news bit is not related to the criminal investigation underway over Clerk Peters’ alleged tampering with election equipment and/or wire fraud, in her failed attempt to prove her heartfelt belief that the 2020 election was stolen from Donald Trump–rather a civil matter between Peters and her ex-husband.

But check out how Clerk Peters, who is awaiting an indictment or further search warrants related to these much more serious charges at any time, is dealing with process servers (we assume) of all varieties:

On Wednesday, Thomas Peters’ attorney filed a status update claiming a process server tried to officially notify Tina Peters of the lawsuit at home, but that no one came to the door. Amazon and UPS packages were piled on the doorstep. Another server also tried to serve Tina Peters at a political event several weeks ago, but was met by a group of Peters’ “staunch supporters.”

“Upon approaching, she was literally blocked by a group of women who were dressed substantially similar to the Defendant, and they literally would not (let) the process server get to the Defendant,” according to the filing. [Pols emphasis]

We’re not sure what you’re picturing based on this description, but for us the visual is something along the lines of the Manson Family meets Spartacus: 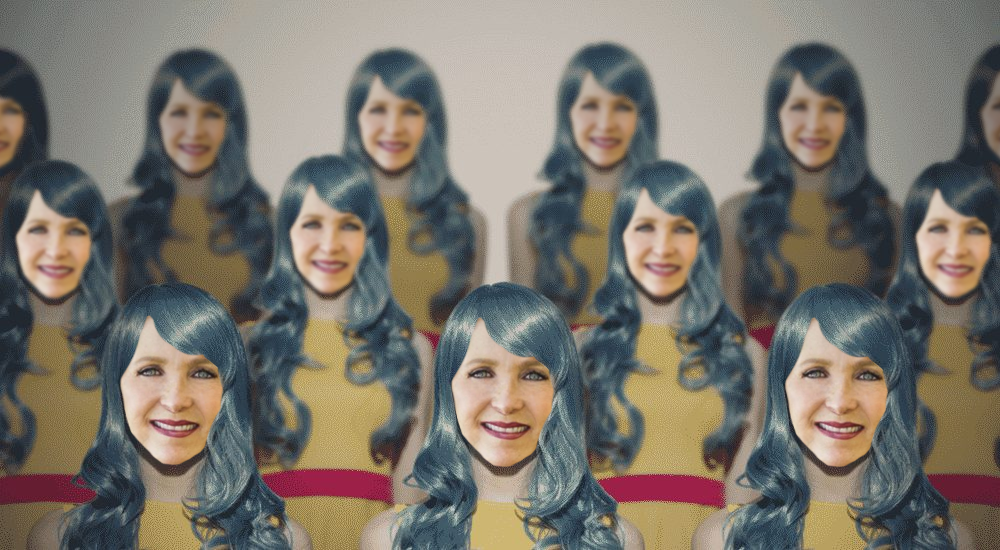 Honestly, if you’re a poor hapless process server, you didn’t sign up for this. Run away.

And if the time does come to lock Clerk Peters up, better take fingerprints.