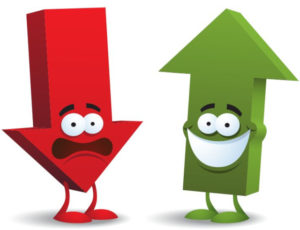 With all of the fundraising reports from 2021 now available, we took a moment to make some adjustments to The Big Line: 2022. Here’s a brief synopsis of what changed (and what didn’t):

Incumbent Democratic Sen. Michael Bennet remains the clear favorite here, so the only movement is on the Republican side. You can argue whether or not State Rep. Ron Hanks is a clear threat to Bennet given his fundraising troubles, but Hanks is following the same script that won Darryl Glenn the GOP Senate nomination in 2016. Gino Campana and Joe O’Dea look to have the most resources of all the Republican candidates, which puts them in the best position to attract undecided voters in June.

Eli Bremer and Deborah Flora drop into a lower tier after last week’s Senate debate in Lakewood showed that they don’t have anything interesting to say nor a clear strategy moving forward. Hanks, Campana, Bremer, and Flora are all going the State Assembly route for ballot access; there’s probably only room for two of them.

This race will likely be decided in the June Republican Primary between Rep. Lauren “Q*Bert” Boebert and State Sen. Don Coram. Democrat Don Valdez has seen his fundraising numbers drop off significantly, while Sol Sandoval continues to spend as much money as she brings in to her campaign; both Democrats are just treading water at this point.

Brittany Pettersen has cleared the Democratic field and is well-positioned to win this race. On the Republican side, State Rep. Colin Larson is probably not running, but some big Trump donor named Timothy Reichert has stepped into the fray.

While the race in CO-07 seems to be getting clearer, the opposite is taking place in Colorado’s newest congressional district. Fundraising numbers for the top five hopefuls were pretty similar at the end of 2021. Both the Democratic and Republican Primaries are shaping up to be close fights. Keep an eye on Weld County Commissioner Lori Saine; if she can maintain her fundraising efforts, she’ll be in good shape to bring home the right-wing base in June.