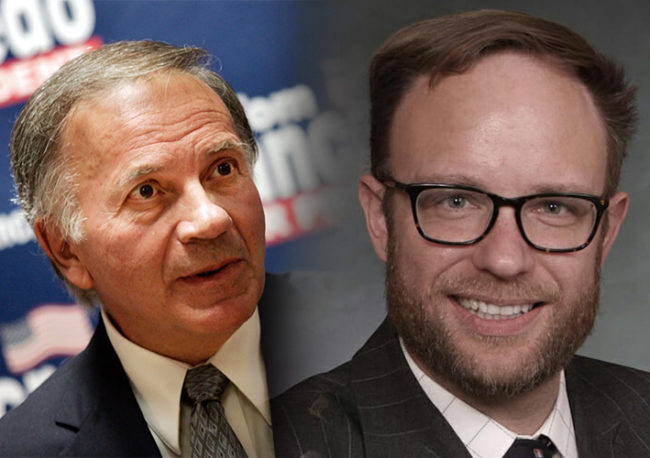 A press release from Republican CD-8 contender Lori Saine, fighting out of Firestone, Colorado for the GOP nomination in one of America’s most competitive new congressional districts, announces the support of a big name in Republican primary voter eyes–former Congressman and anti-immigrant firebrand Rep. Tom Tancredo:

“Progressives have had their way for decades no matter which party was in charge. Now the left sees that America is waking up to Socialism. But too often Republicans are afraid to reverse what the Democrats did. Not Lori Saine,” Congressman Tancredo noted. “Lori Saine’s got the record.”

Tancredo, who led the fight in Congress stopping former president George W. Bush’s plans to give amnesty and eventually citizenship for millions of illegals, said that “people can promise they’re strong conservatives, but Lori Saine gets things done and moves the ball for freedom.”

Tom Tancredo made himself unwelcome in the Bush II White House for his relentless and frequently tasteless anti-immigration posturing, but in the 15 years since then, the Republican Party has undeniably shifted both ideologically and in terms of coarseness toward Tancredo’s style. Although Tancredo’s own presidential and then Colorado gubernatorial aspirations sputtered out, he remains a popular figure among the proudly deplorable Colorado Republican rank-and-file.

In addition to Tancredo, Saine announced the endorsements of a number of former House colleagues:

While most of these endorsers are hard-right usual suspects who were Saine’s close allies in the Colorado House, Rep. Matt Soper stands out as an odd match–that is, if you’re still operating on the impression that Soper represents some kind of newer more intelligent model of Republican. But the truth is, Saine’s work while in office with the infamous American Legislative Exchange Council (ALEC) special interest bill-mill has given her connections outside the Rocky Mountain Gun Owners/Neville clan machine that Saine has always been associated with.

Again, none of these endorsements are worth much in the general election, in fact they’ll be liabilities to shove down the memory like Lauren Boebert’s support for “QAnon.” For the purposes of the CD-8 Republican primary, however, these are influential voices lining up in Saine’s column. Lori Saine, part of a slate of Colorado MAGA candidates running in Republican primaries in CD-5 and the U.S. Senate, know their target audience.