DougCo Sheriff Candidate Believes That Within the County, His Power Would Supersede The President’s

(That’s not how anything works — Promoted by Colorado Pols) 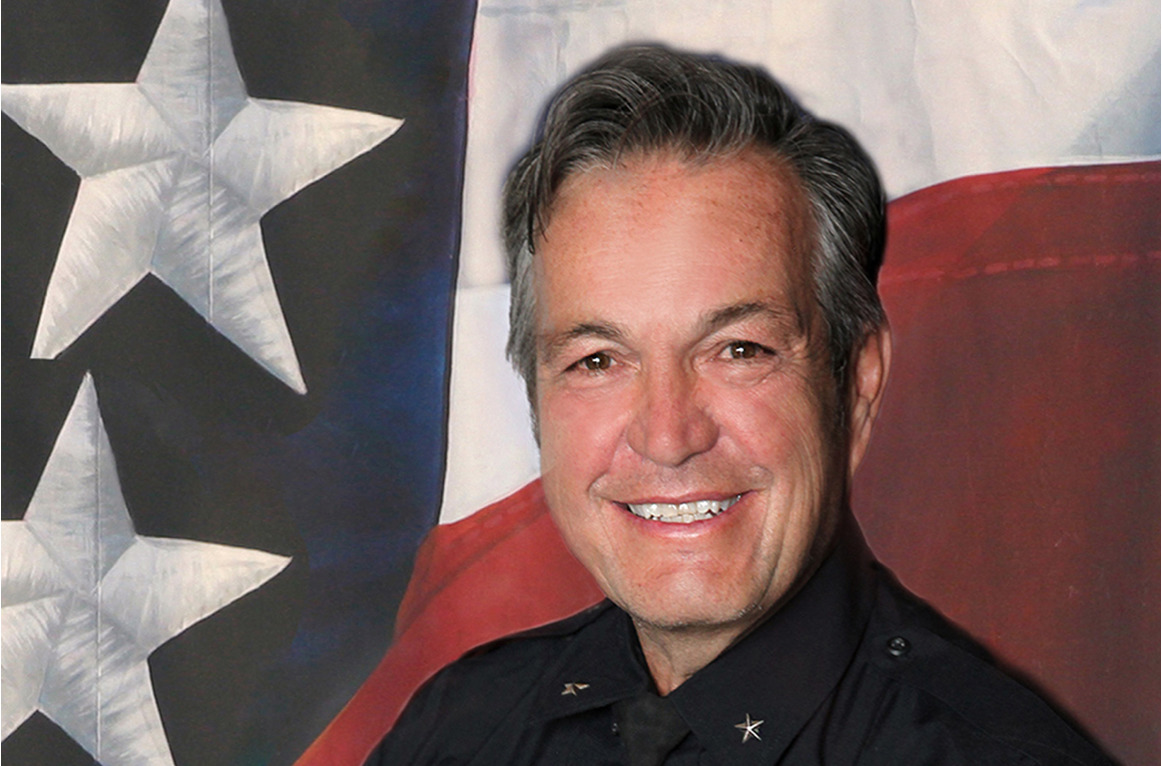 John Anderson, one of four GOP candidates vying to be elected Douglas County Sheriff, announced his support on social media for a model of law enforcement known as constitutional policing, but his rationale for that position aligns with another distinct controversial movement popular in some conservative political circles known as “constitutional sheriffs” which deems the sheriff as the ultimate arbiter and authority in enforcing laws in a county jurisdiction, and which has racist roots in American history.

Anderson claims to have no familiarity with the constitutional sheriff movement, but he agrees with at least part of the organization’s founding principle:

“The law enforcement powers held by the sheriff supersede those of any agent, officer, elected official or employee from any level of government when in the jurisdiction of the county,” reads the Constitutional Sheriffs and Peace Officers Association (CSPOA) website.  “The vertical separation of powers in the Constitution makes it clear that the power of the sheriff even supersedes the powers of the President.”

After having that statement from CSPOA read to him and asked if he agrees with it, Anderson assented. He brushed off any suggestion or implication that such a position would be viewed as extremist or “far-right,” saying that distinction was arbitrary.

In an interview with the Colorado Times Recorder, Anderson explained that his support for constitutional policing comes from his fidelity to the U.S. Constitution, specifically in upholding the Second Amendment and other freedoms enumerated in the United States’ Bill of Rights.

Anderson is critical of the current sheriff in Douglas County, Tony Spurlock, and his support for Colorado’s Red Flag Law, a statute passed with bipartisan support by the legislature in 2019 which permits the use of an extreme risk protection order (ERPO), allowing officers to temporarily confiscate firearms from gun owners who have been determined to be a risk to themselves or their community.

Explaining his rationale for campaigning to be sheriff in opposition to current gun laws, Anderson said, “It’s very critical that the sheriff take a stand as who is going to defend our nation because that’s the voice of the people. The voice of the people put in a constitutional sheriff who believes that way — not just says it, but believes it, which I do. Then you are speaking from the power of the people, and that’s who we are. We, the people.”

“Well, I’ll tell you what, the thing I hold dearly and deeply next to my heart is our Constitution, because that sets America apart from this the world, … that’s what has created this great nation,” said Anderson, who retired as a commander with the Castle Rock Police Department. “… And so when I seen our sheriff and his administration support Red Flag, which is definitely unconstitutional and then the Senate Bill 256, which was more gun control. … So, I felt I needed to come out of retirement after a few months and step up and support what I think is the most powerful position in law enforcement in the county, [and that] is the sheriff, and he’s the one — or she is the one — that supports the Constitution of the United States, and they better be. That’s what you swear to, and that’s where I’m coming from.”

In referencing Colorado’s Red Flag Law and tying his opposition to that statute with his aspirant role of county sheriff, Anderson reflects the position of Douglas County commissioners who — similar to about half of Colorado counties governments — passed a resolution in 2019 declaring the county a Second Amendment sanctuary, which limited enforcement and some operational supports of gun laws.

Gun sanctuary counties assert that their elected county sheriffs need not enforce measures they view as unconstitutional, subscribing to a tenet known as county supremacy, which is now most visible in the national constitutional sheriffs movement.

Another contemporary national organization founded in 2011, the CSPOA holds events and organizational meetings, and offers a private membership for interested individuals. Several Colorado sheriffs have attended past meetings of CSPOA.

Anderson has said previously he is not familiar with the constitutional sheriff movement, and he confirmed that assertion in his recent interview.

When asked to name another Colorado sheriff with a similar professional philosophy to his own, Anderson cited Sheriff Steve Reams of Weld County, a figurehead and leader in Colorado’s gun sanctuary movement who was once mistakenly identified as a CSPOA member by this publication.

In his Facebook post from Monday, Anderson frames his fiduciary approach to the sheriff’s role as “community policing.”

In simple terms, constitutional policing is defined as “policing that follows the U.S. Constitution and upholds people’s civil rights.” Often associated with community policing and progressive criminal justice reforms, this law enforcement training is intended to build trust and collaboration between officers and members of the community, ensuring equal and impartial treatment by law enforcement entities.

By this definition, Anderson’s contentions of county supremacy and the authority of sheriffs would seem to conflict with the parameters of constitutional policing.