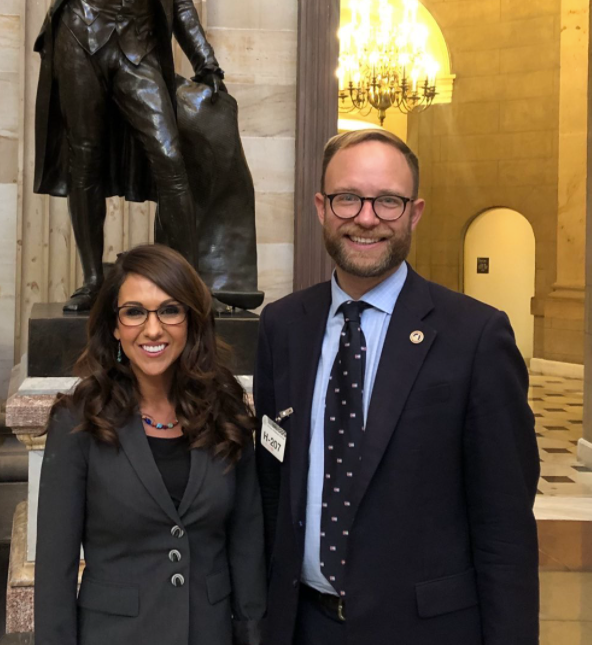 Once considered a rising star on the Colorado Republican bench, State Rep. Matt Soper of Delta County kicked off his term in office with a residency scandal after winning the election in 2018, then further sullied his reputation by coming out as a Dominion Voting Systems election conspiracy theorist caught red-handed trying to meddle in the redistricting process for his own seat.

In the meantime, Soper has had to contend with the rise of Lauren Boebert, the whirling dervish of outrage who came out of nowhere in 2020 to oust somnolent incumbent Republican Rep. Scott Tipton–and has gone on to become a nationally-infamous and divisive conservative firebreather threatening to snuff out (or at least delay) the ambitions of Western Slope Republicans like Soper who were “waiting their turn.”

Boebert’s latest scandal, falsely suggesting fellow Rep. Ilhan Omar is a suicide bomber feared by U.S. Capitol Police and then twisting the apology Boebert was initially compelled to offer into more cheap shots against Rep. Omar, has come by far the closest to resulting in actual penalty for Boebert than any previous episode. Faced with the even further loss of influence for the Third Congressional District that stripping Boebert of her committee assignments would entail, as the Grand Junction Sentinel’s Charles Ashby reports, Rep. Soper sent a letter last week to House Speaker Nancy Pelosi–yes, you’re reading that correctly–urging Pelosi not to punish all of CD-3 for Boebert’s actions:

In a letter to House Speaker Nancy Pelosi, the Delta Republican said taking Boebert off of the committees she serves on doesn’t punish her, but the people of the 3rd Congressional District.

“While members of Congress may be impugning or defaming each other, this inner house spat should not result in punishing the entire legislative district,” Soper wrote Thursday to the Democratic congresswoman from California. [Pols emphasis]

Calling it a “cat fight,” Soper was referring to a recent spat between Boebert and U.S. Rep. Ilhan Omar over what Boebert said about the Minnesota Democrat, who is Muslim, when the two allegedly were in the same elevator in the U.S. Capitol, an incident Omar said never happened.

So first of all, calling Boebert’s racist smears against Omar a “cat fight” is dismissive of the seriousness of the incident and (no nice way to say this) sexist as hell. But by pleading for Pelosi to not punish everyone in CD-3 for the actions of their representative, Soper is conceding at least implicitly that Boebert is an ongoing problem for the district. It’s not just Boebert’s refusal to request funding for projects in CD-3 citing political objections to the “earmark” process. Boebert’s polarizing approach and hostility toward the Democratic majority on matters large and small have effectively sidelined her in this Congress, and losing her vote on the Natural Resources Committee could be the last straw for Republican and unaffiliated voters in CD-3 not 100% on the Trump train.

With all of this in mind, ask yourself a question.

Who’s got two thumbs and might benefit from Boebert becoming more trouble than she’s worth?

Answer: a lot of people, including Matt Soper.