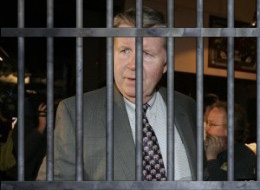 Prosecutors say Bruce evaded his tax responsibilities by funneling his income through a non-profit that he created in 2001 called Active Citizens Together, and failing to report that income to the Department of Revenue.

Details coming, but that’s some sweet irony in the headline.