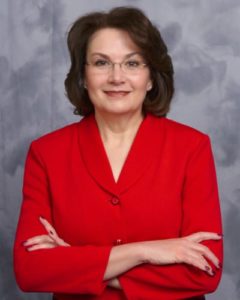 We wrote back in March that Douglas County Commissioner Lora Thomas was plotting a run for Congress as the Republican candidate in CO-06, where Democratic Rep. Jason Crow has been firmly entrenched since knocking off Mike Coffman in 2018.

Thomas was never going to beat Crow, even before the new congressional redistricting maps created a more favorable district for the Aurora Democrat. Thomas apparently figured that out, so she’s changing course in 2022.

Commissioner Lora Thomas announced Friday that she will run for sheriff in 2022.

If the Republican’s bid is successful, she would be required to resign from her current position in county government about two years early and would be replaced by a committee of the same party.

Thomas was elected to a second term as commissioner in 2020; her term is set to end in January 2025.

Thomas has been the black sheep of the Board of County Commissioners in Douglas County since George Teal was elected in 2020. Since nobody wants to play with her anymore, Thomas is going after a different job where there is only one boss.

We aren’t familiar enough with Douglas County Republican politics to project whether Thomas can win in a race that includes three other already-declared candidates, but DougCo Sheriff is at least not the complete lost cause that running in CO-06 would have been.