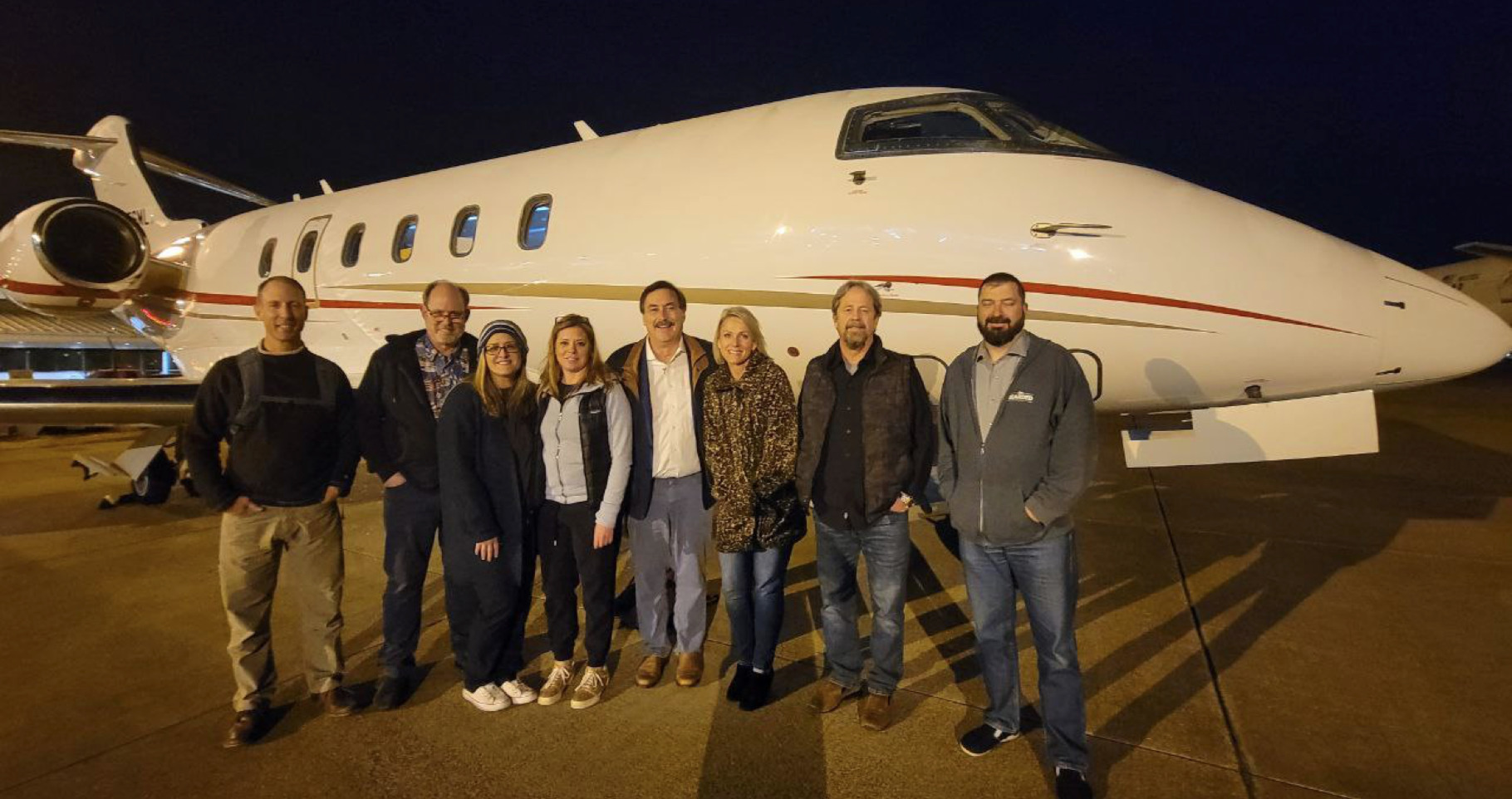 Colorado election fraud conspiracists pose with their new employer Mike Lindell in front of his jet on Nov. 29

Last night, Dr. Douglas Frank, a statistician and teacher from Ohio, posted a photo to his Telegram channel of Lindell and a group he called the “FrankSpeech team” on the tarmac in front of a private jet, “after 96 hours in Tennessee.”

Bishop also posted photos and video of her with Lindell at his television studio to her Facebook page.

Yesterday Lindell also confirmed that he has hired Epp, Kasun, and Smith to run a new national group called Cause Of America, the launch of which was first reported by Colorado Newsline last week, interviewing the trio on his podcast.

Lindell says he’s hired them to work full-time on promoting the Big Lie because “they need to focus because the country needs them.”

As Kasun explains the origin of USEIP, Lindell interjects about how it was a volunteer operation.

“I ran into them and said who’s financing this and they said, ‘Oh no, we’re not getting paid we have other jobs we work night and day,” said Lindell. “So I say, we’ve got to put this together, and they’re getting paid for now. I said, you guys need to focus, the country needs you. So they’ve left jobs they’ve had for a long time.”

Epp and Bishop appeared in another FrankSpeech segment in which they shared numerous videos of various Big Lie organizing efforts both in Colorado and in several other states around the country, all using the USEIP election fraud conspiracy template of alleging the existence of phantom votes and then recruiting teams of volunteers to knock on voters’ doors to find so-called proof of said fraud. One video highlighted the efforts of another Mesa County group, Stand For The Constitution to elect Congresswoman Boebert. After the election that group worked with USEIP to “find voter fraud,” though presumably not in Boebert’s own race.

USEIP focuses on election fraud conspiracy but is also linked to many other popular conspiracies, including the dangerous QAnon conspiracy. Both USEIP’s website and the first page of its volunteer manual proclaim, “We Are The Plan,” a QAnon conspiracy slogan intended to encourage followers to stay active despite Trump no longer holding office. USEIP also organized a caravan of conspiracists and pro-Trump activists from Denver to Washington, D.C. to participate in the Jan. 6 insurrection.

None of this has prevented Colorado Republicans from embracing the group. Party chair Kristi Burton Brown, who last year served as president of another conspiracist group that has its own militia, FEC United, appointed a USEIP activist to lead the Colorado GOP’s “Election Integrity Operations Action Committee.”