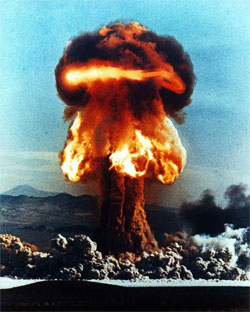 “We think it’s a great day for the children of Colorado,” said a jubilant Kathleen Gebhardt, one of the plaintiff’s attorneys, who was giving a presentation on the lawsuit at the Colorado Association of School Boards convention when she got the news. “We’re calling on the legislature to step up immediately and fix the problem.”

Mike Saccone, spokesman for Attorney General John Suthers, said, “We are going to consult with the governor in the coming days on this decision. However, if you read the opinion, the judge clearly invited an appeal and, at this point, an appeal is likely. The attorney general is disappointed in the ruling but not surprised. It was clearly very tempting for the judge to wade into what is a public policy debate.”

The lawsuit did not include a dollar figure or ask Denver District Judge Sheila Rappaport to order the state to pay up or provide a specific amount. Instead, it asked the court to decide whether the state school finance system fails to meet constitutional requirements and if the legislature should be ordered to come up with a new one…

Studies done for the plaintiffs estimate that “full funding” of Colorado schools could cost $2 to $4 billion more a year than the state spends now. Such increases would wreck the state budget and decimate other programs say Gov. John Hickenlooper, a defendant, and Suthers, who oversaw the state’s defense.

UPDATE #2: A meaty but by no means comprehensive excerpt from Judge Sheila Rappaport’s massive tome of a ruling follows–read the whole decision here, and get comfortable because it’s going to take awhile. Please liberally post excerpts of your own (it’s public domain after all) from any part of the decision you find noteworthy. And the bottom line on page 182:

The Court finds that the Colorado public school finance system is unconstitutional. Evidence establishes that the finance system must be revised to assure that funding is rationally related to the actual costs of providing a thorough and uniform system of public education. It is also apparent that increased funding will be required. [Pols emphasis] These are appropriately legislative and executive functions in the first instance. Thus, the Supreme Court has directed that this Court shall “provide the legislature with an appropriate period of time to change the funding system so as to bring the system in compliance with the Colorado Constitution.”

Read it again. This really is that big.

In a landmark case over education funding, a judge has sided with a group of parents and school districts and ruled that the state of Colorado is underfunding its schools, possibly by billions of dollars…

The decision will likely be appealed by the state, which said before the trial began that a ruling for the plaintiffs would force Colorado to direct roughly $4 billion in additional funding toward schools, leaving little money in the general fund to adequately fund other needs like transportation, corrections and health care.

The state already spends close to half its general fund on education, although per pupil funding has been in steady decline over the last decade with Colorado now spending $2,000 less per student than the national average.

Details coming: a few minutes ago, Denver District Court Judge Sheila Rappaport ruled in favor of plaintiffs in the landmark Lobato vs. Colorado lawsuit filed by rural school districts–which charged that public education funding in the state of Colorado is not meeting the “thorough and uniform” test prescribed in the state constitution. Though subject to appeal, this is a major development that could well result in sweeping changes to Colorado fiscal policy.

Page 158: The State introduced testimony from several members of the State Board of Education and other witnesses for its case-in-chief. However, the Court notes that much of the State’s testimony actually bolstered Plaintiffs’ arguments in this case, and certain other contrary testimony lacked factual support…

Page 176: The Court has found that in 1993 the General Assembly adopted HB 93-1313 that committed the State to develop and implement standards-based education as the anchor to the educational accountability system. HB 93-1313 was the foundation for the transformation of public education in Colorado. In 1994, the General Assembly adopted the Public School Finance Act of 1994 (the PSFA), the centerpiece of the school finance system. The PSFA established the basic funding mechanism for school district general fund (operating) revenues that has been in place since then. From this contemporaneous starting point, the two systems, which were not aligned to begin with, have radically diverged.

The following findings are essentially undisputed: When the PSFA was enacted, the General Assembly set the statewide base funding amount by working backwards from the total funding that it intended to appropriate and carrying forward preexisting school district expenditure levels. There was no effort to analyze the relationship to the actual costs to provide an education of any particular quality. The failure to do any cost analysis and to provide for funding based on such an analysis demonstrates the irrationality of the existing school finance system. Montoy v. State of Kansas, 102 P.3d 1160, 1164 (KS 2005).

In the past two years, the General Assembly, through the implementation of a negative factor, has actually decreased public school funding by what now totals nearly one billion dollars. The amount of the budget cuts and the method by which they were implemented are completely unrelated to the costs of providing the mandated standards-based education system. The budget cuts have aggravated the irrationality of the finance system by arbitrarily reducing funding with no educational rationale whatsoever…

Recent amendments to the standards-based education system have substantially increased the costs of public education. In 2008 the General Assembly adopted CAP4K, that mandated a complete revision of state content standards, programs of instruction, and assessments all aligned to accomplish universal student proficiency and postsecondary and workforce readiness. This was followed in 2009 by the Education Accountability Act that established accreditation standards for school districts based upon meeting the goals of CAP4K and imposed sanctions up to and including district closure for failure to meet those goals within fixed time frames. Most recently, the 2010 effective teachers amendments (SB 10-191) imposed new teacher and principal evaluation systems founded in student growth as measured by achievement on CSAP and other standardized tests…

The evidence also establishes that funding for categorical programs and for capital construction are completely unrelated to the actual costs of providing the services and facilities necessary to meet the mandate of the Education Clause. Capital construction funding in particular is now and has always been totally dependent on highly unequal local property tax wealth. For many school districts, particularly those in rural, poverty areas this method of funding capital needs has proved to be fundamentally inadequate, inequitable, and irrational. The recently adopted BEST program provides limited assistance, but is not sufficient to overcome generations of statutory underfunding. The deplorable conditions of numerous rural schools bears witness to this proposition.

The Court therefore concludes that the entire system of public school finance, including the PSFA, categorical programs, and capital construction funding, is not rationally related to the mandate of the Education Clause.

Page 177: The public school finance system falls short of providing sufficient funding to meet the mandate of the Education Clause and standards-based education.

Defendants contend that it is not possible to analyze the costs of meeting the mandates of the Education Clause. If that argument were accepted, the Education Clause and the directives of the Supreme Court would be meaningless. To the contrary, the standards-based education system provides a comprehensively detailed model of education standards, programs, assessments, and achievement goals. The costs of meeting those mandates can be rationally estimated.

Page 178: Due to lack of access to adequate financial resources, the Plaintiff School Districts and the school districts where Individual Plaintiffs reside (collectively, the “School Districts”) are unable to provide the educational programs, services, instructional materials, equipment, technology, and capital facilities necessary to assure all children an education that meets the mandates of the Education Clause and standards-based education.

The Court finds that due to the irrational funding system and significant underfunding, rural and urban poverty School Districts are unable to hire, compensate, and retain effective, highly qualified teachers and administrators; to provide the curriculum, technology, textbooks, and other instructional materials necessary to meet student performance expectations; and to construct, maintain, renovate school buildings and facilities. Many of these School Districts are relegated to obsolete textbooks and materials, lack of necessary computers and internet connectivity, and dilapidated and unsafe classroom and other facilities. These School Districts have been for many years and are today unable to respond effectively to the changing demands of standards-based education.

Page 182: The Court finds that the Colorado public school finance system is unconstitutional. Evidence establishes that the finance system must be revised to assure that funding is rationally related to the actual costs of providing a thorough and uniform system of public education. It is also apparent that increased funding will be required. These are appropriately legislative and executive functions in the first instance. Thus, the Supreme Court has directed that this Court shall “provide the legislature with an appropriate period of time to change the funding system so as to bring the system in compliance with the Colorado Constitution.”