Kerry Donovan, Drawn Out Of CD-3, Drops Out 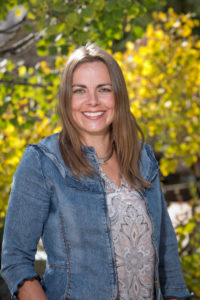 As the Colorado Sun’s Jesse Paul reports, a top potential challenger to freshman GOP Rep. Lauren Boebert in the slightly reddened Third Congressional District is formally ending her campaign after suspending fundraising one month ago as it became clear her home would be drawn out of the district:

Donovan was seen as a top contender to win her party’s nomination and face Boebert, who lives in Garfield County, in next year’s midterm elections. Her exit from the race reshuffles the political dynamics in the Democratic primary field, which includes Pueblo activist Sol Sandoval and state Rep. Don Valdez, of La Jara.

While Donovan could technically still have run in CD-3 as there is no formal residency requirement for congressional seats, it would have been a significant messaging disadvantage for Donovan in a race where Democrats will need the wind fully at their backs to prevail. With Donovan’s departure, Pueblo’s Sol Sandoval is now the candidate to watch in the Democratic primary to take on Boebert. For Democrats, the road to unseating Boebert now as ever begins in Pueblo.

As for Kerry Donovan, she’s got a bright future and a nice ranch.