I Before E, Except After C

Unless of course your name is H-E-I-D-I, because that’s an exception too!

Somebody should tell the operator at Colorado GOP candidate for governor Heidi Ganahl’s confab with nationally known conservative radio host and “thought leader” Dannis Prager going on right now before it’s too late: 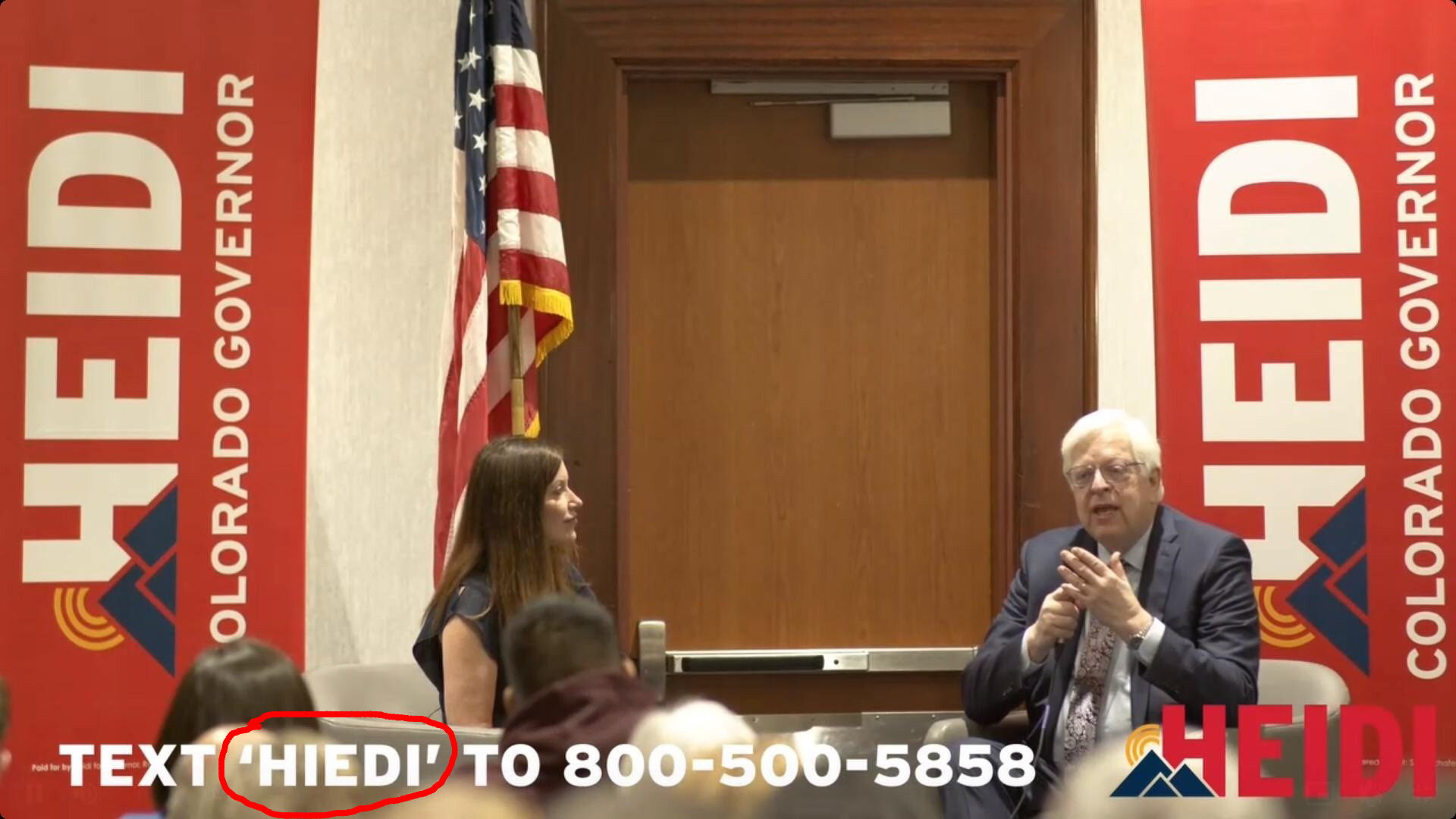 If the Ganahl campaign is wondering why the texts are not pouring in, it might be that nobody has cared what Dennis Prager thinks since the second Bush administration. Prager says he deliberately eats with utensils that fell on the floor to prove COVID isn’t a threat, and bemoans the fact that “the left has made it impossible to say the N-word any longer.” Dennis Prager is pretty much the perfect polar opposite of the “fresh face” Ganahl wants to project as a Republican running uphill in a blue state–a reminder that Ganahl is, with a few generic motivational slogans layered on, just another warmed-over product of the same conservative cabal Colorado has been mopping the floor with in the last several election cycles.

Or sure, maybe they’re just texting “Hiedi” [sic]. It’s all still true though.