How Trump Almost Got His Way At DOJ 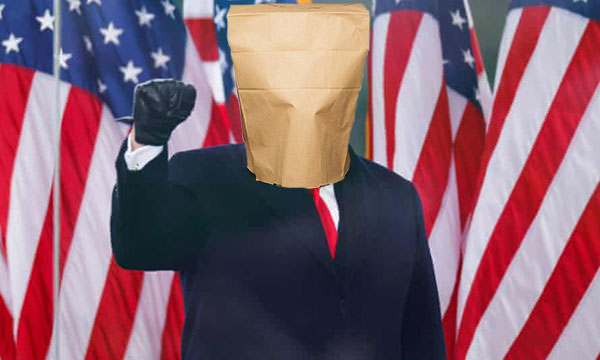 CNN reports on the release today by the U.S. Senate Judiciary Committee of a damning new report on the critical days in December of 2020, following the resignation of former U.S. Attorney General William Barr and Barr’s admission that the 2020 presidential election was not stolen from Donald Trump, in which Trump attempted to persuade in the interim leadership at the Department of Justice to support his evidence-free quest to overturn the results:

The Senate Judiciary Committee on Thursday released a sweeping report about how former President Donald Trump and a top lawyer in the Justice Department attempted to overturn the 2020 presidential election.

The 400-page report by Senate Democrats, entitled “Subverting Justice,” slams the actions of [DOJ attorney Jeffrey] Clark, who they say became a crucial player in Trump’s attempt to use the Justice Department for his political gain.

The Senate Judiciary Committee announced on Thursday they were referring him to the DC Bar for a review of his professional conduct, citing rules that bar attorneys from assisting in fraud and interfering with the administration of justice.

Attorney Jeffrey Clark, who Trump considered installing as acting Attorney General but blinked at the prospect of mass resignations at the Justice Department, had a plan to use the Department to sow doubt in the results and push swing states to appoint “alternate electors”–the same bogus alternate electors former CU Professor John Eastman planned to invoke on January 6th to give Vice President Mike Pence a pretext to hand the election to Trump. Senate Judiciary Committee Dick Durbin explains how this step fit into Trump’s increasingly desperate fallback options:

“First phase, Trump goes to court. Loses every lawsuit, which claims there was voter fraud in the election. Next, he decides he has to take over the Department of Justice and the attorney general, and have the attorney general push this narrative on to the states to tell them to stop from sending in their Electoral College vote totals. When that failed — and our report goes into graphic detail of the efforts that were made — the third step was to turn the mob loose on the Capitol the day we were counting the ballots,” Durbin said, referring to the January 6 riot.

By the morning of January 6th, on which Colorado’s newly sworn-in Rep. Lauren Boebert declared “Today is 1776,” the only remaining possibility was that the violence at the U.S. Capitol might result in a delay of the certification of Joe Biden’s victory giving Trump’s so-called “legal team” more time to cast aspersions on the results. All of these previous gambits had failed, and violent insurrection was all that was left.

Democracy is a fragile thing. We as a country must come to grips with how close we just came to losing ours.

Or next time it’s much more likely that we will.