He works in the natural gas industry. He’s on that one rig that’s drilling West of the Mississippi right now. No, he’s a contractor. [Pols emphasis]

Looks like 2020 was pretty good to Jayson Boebert financially, despite the historic crash of the energy industry during the early COVID-19 pandemic lockdowns.

UPDATE #2: Here’s the disclosure from 2019 listing no income for Boebert Consulting:

The tax returns, folks. That’s the only way we’ll ever get to the bottom of this.

[Boebert] suggested her husband did some consulting, listing “Boebert Consulting — spouse” on her candidate form, but identified his income source as “N/A.”

Only now, with Boebert not just in Congress but on the House Natural Resources Committee, has she revealed that her husband made $478,000 last year working as a consultant for an energy firm. He made $460,000 the year before, she disclosed in a filing Tuesday with the House of Representatives. Her husband, Jayson Boebert, earned that income as a consultant for Terra Energy Productions, according to the filing.

Boebert has been a staunch advocate for the energy industry during her first six months in office, introducing a bill in February seeking to bar the president from issuing moratoriums on oil and gas leasing and permitting on some federal land…

[Senior director of ethics for the Campaign Legal Center Kedric] Payne said the matter should be reviewed by the Office of Congressional Ethics to determine whether the discrepancy arose from an oversight or an intentional failure to disclose. An intentional failure “could be criminal,” he said, with the potential to result in “large fines and possible imprisonment.” [Pols emphasis]

We’d encourage readers to check out the full story above, because WaPo really digs into some of the issues that Boebert doesn’t seem to be able to explain. Among them: There doesn’t appear to BE a businesses called “Terra Energy Productions” in Colorado. 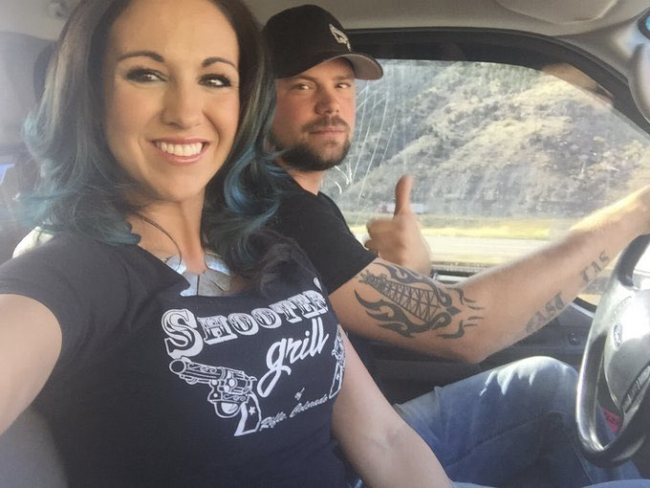 Associated Press reporter Nick Riccardi, who occasionally drops in with cogent news updates in between complaining about baseball on Twitter, dropped a bombshell in Colorado political news yesterday that everyone is struggling to come to terms with: belated disclosure by Rep. Lauren Boebert’s campaign, after two years of lying by omission, of husband Jayson Boebert’s extremely well-paid “consultant” position for an oil and gas company with operations on the Western Slope:

Colorado Rep. Lauren Boebert’s husband made $478,000 last year working as a consultant for an energy firm, information that was not disclosed during Boebert’s congressional campaign and only reported in her financial disclosure forms filed this week.

In paperwork filed with the House of Representatives on Tuesday, the Republican congresswoman reported that her husband, Jayson Boebert, received the money as a consultant to “Terra Energy Productions” in 2020, and earned $460,000 as a consultant for the firm in 2019…

Ethics and campaign finance laws require candidates and members of Congress to disclose sources of their immediate family’s income, along with major investments and assets, to let voters evaluate potential conflicts of interest. Boebert has been a defender of the energy industry, which is very active in her district.

What we have here is a major discrepancy in Rep. Boebert’s financial disclosures up to now that raises some very troubling questions–perhaps much more so than the thousands of dollars of wrongfully billed personal expenses by Boebert the Federal Election Commission flagged earlier this week. First and foremost, what sort of “consulting” is Jayson Boebert doing for this Texas-based oil and gas company to earn almost $500,000 per year? Oil rig hands are reasonably well paid, and well site supervisors make a little more–but that’s executive level compensation and we know of nothing that qualifies Jayson Boebert for such a position.

Other than his wife’s service on the House Energy and Natural Resources Committee, of course! But how could Terra Energy Productions have known that would happen all the way back in 2019?

It’s the belated disclosure of these huge earnings by Jayson Boebert, dwarfing the couple’s earnings from the Shooter’s Grill in Rifle and vastly exceeding Rep. Boebert’s own congressional salary, that raises the next question. Though ostensibly for services performed in 2019 and 2020, when was this money actually paid to Jayson Boebert? If Boebert was bringing home this much money from Terra Energy Productions in 2019, why was Shooter’s Grill tens of thousands of dollars in arrears on their unemployment insurance in 2020?

Something’s not right about this, folks. Further investigation is definitely warranted.