Mesa County Commissioners Have Got A Lot Of Nerve 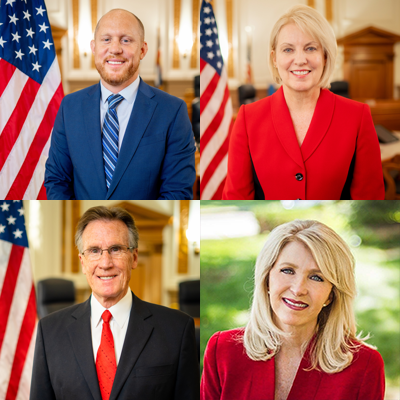 Colorado Public Radio reporters Megan Verlee and Bente Birkeland have the latest on the continuing election equipment security breach scandal in Mesa County, where Clerk Tina Peters is under both local and FBI investigation after passwords and data from election systems was stolen and leaked to far-right conspiracy theorists, in a fruitless attempt to uncover supposed election fraud:

On Tuesday, Secretary of State Jena Griswold announced Peters will be barred from overseeing the election, due to evidence that she facilitated a major security breach in her office. Peters is accused of helping unauthorized people copy the hard drives of sensitive election equipment and release that information on the internet.

Griswold named Mesa County’s former clerk Sheila Reiner — who is now the county treasurer — to step in for the next election. To assist Reiner, Griswold named an advisory panel that includes state Rep. Janice Rich, who is also a past Mesa County Clerk, former Secretary of State Bernie Buescher, and Ouray Clerk and Recorder Michelle Nauer.

Reiner and Rich are Republicans, Buescher is a Democrat, Nauer ran as a Republican but the Grand Junction Sentinel reports she recently switched to unaffiliated.

“The people of Mesa County deserve safe and secure elections. I am confident that with these appointments, voters in Mesa will be able to exercise their constitutional right to have their voices heard in our democracy,” said Griswold in a release announcing the appointment.

But as 9NEWS reports, all-GOP Mesa County Board of Commissioners is pushing back against Secretary of State Jena Griswold’s orders, and seeking to appoint none other than former Secretary of State Wayne Williams–who Griswold ousted from the job she holds today back in 2018:

Just after Griswold’s announcement, Mesa County commissioners began a meeting in which they discussed nominating a supervisor of their own.

The Mesa County Commissioners ultimately voted to have former Republican Secretary of State Wayne Williams, who was defeated by Griswold in the 2018 election, run Mesa’s November 2021 election. Williams is currently a Colorado Springs City councilman.

That’s right–instead of allowing the Secretary of State to appoint the immediate past Mesa County Clerk Sheila Reiner, a widely-respected Republican official with a long history of integrity under fire from Republican election conspiracy theories, the Mesa County commissioners are choosing to undercut the Secretary of State and snub the clear best choice to oversee Mesa County elections–in favor of a much more overtly partisan Republican who lives 300 miles away and is already busy serving as a Colorado Springs city councilor.

It’s most likely going to come down to a court fight, and the Secretary of State insists she has the authority to appoint the replacement in addition to the authority everyone agrees she has to remove Clerk Peters from her election management responsibilities. Either way, it’s politically extremely risky for the Mesa County’s all-GOP commissioners to be pushing for what could easily be interpreted as a crony appointment over a highly qualified local they don’t happen to like as much. Whether they like it or not, Mesa County is now at the epicenter of a nationwide scandal involving fellow Republicans who refuse to accept that Donald Trump lost the election–and are now committing crimes of their own while trying and failing to prove it:

Peters’ appearance at Lindell’s event and the information she allowed to be leaked to other conspiracy theorists was intended to show that election equipment supplied and maintained by Dominion, which Mesa and most other Colorado counties use, are somehow faulty. Her evidence, however, offered no such proof.

If Cody Davis, Janet Rowland, and Scott McInnis don’t want themselves to be forever tainted by the crimes Tina Peters is alleged to have committed in pursuit of the “Big Lie,” we suggest a lot less territoriality and a lot more cooperation.