(Where there’s a recall, there’s a Gessler — Promoted by Colorado Pols)

It’s a basic maxim of plumbers that “Shit flows downhill.” An epic battle over whose shit will flow downhill from the foothills of western Jefferson County, through the scenic Rooney Valley area, to the Denver Water Treatment plant, and where and when said shit will flow, has been raging in western Lakewood since 2018. This battle over sewer rights in Rooney Valley development has been fought, not in the Lakewood City Council chambers, where the Rooney Valley Commission meets, but in the halls of the Green Mountain Water and Sewer District., which plans where and how the shit flows…..and who pays for it to flow. At a recent, unpublicized Green Mountain Water District (GMWD) meeting, three board members who are facing a recall election fired existing counsel, and hired Scott Gessler at much greater expense, to represent GMWD against a developer lawsuit to keep a sweet sewer deal going. 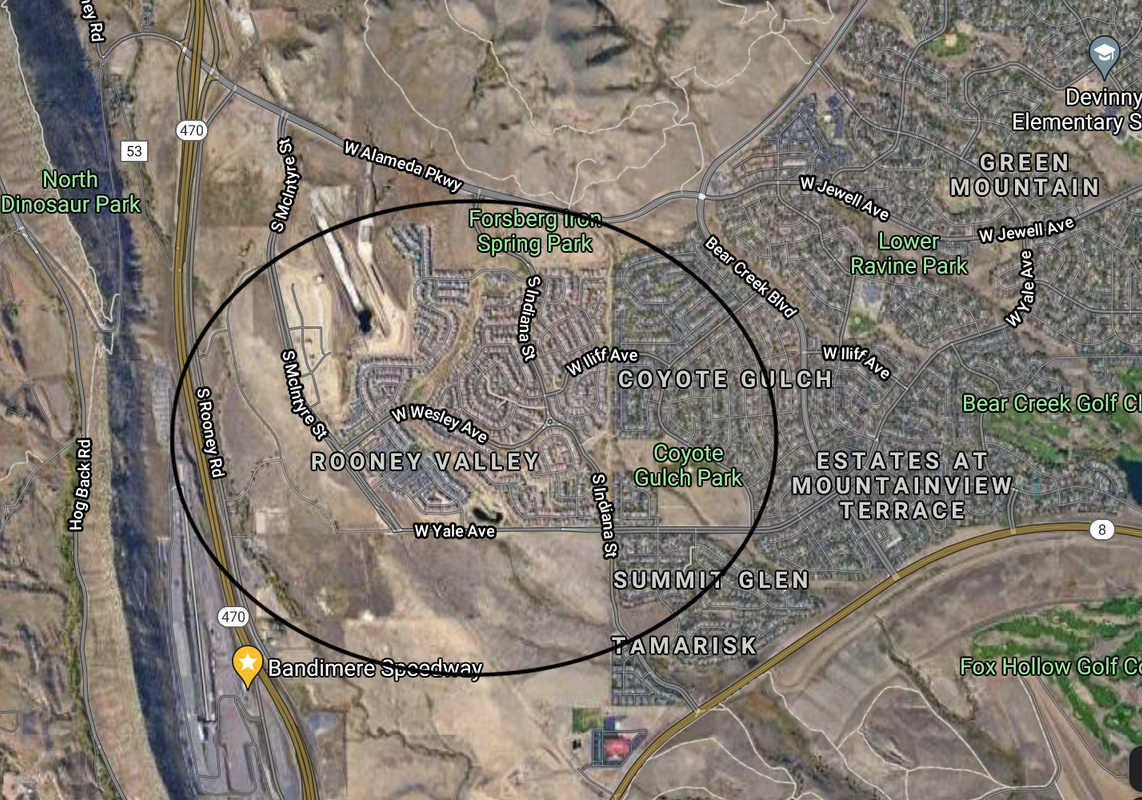 The IGA and lawsuit

The battle of the sewer pipes for planned development in Rooney Valley has been fought by stealth and subterfuge, with secret meetings, shouting matches, shifting alliances, dramatic turnarounds, slander and betrayal of allies. Financial reports were not filed, minutes of meetings were not published, lawyers were hired and fired in secret, and the Green Mountain water customers in general did not know what would be happening with their water bill monies and whose poop would be flowing down what sewer lines….and who would pay for it. The prior board of directors made an Intergovernmental Agreement (IGA) with a consortium of developers. The IGA expanded the GMWD sewer area,  but did not specify who would pay for the infrastructure costs. When these costs are undefined, rate payers pick up the bill. That is why voters in the district voted out the prior board of directors in 2018.

However, the new “reform” board of directors refused to honor the IGA and terminated that agreement, leaving the district open to a $150 million lawsuit from the developers who now wouldn’t get the freebie poop pipes in their brand new “special district” added on to the existing Green Mountain Water District area. The lawsuit was dismissed when the water district’s counsel, Jo Timmons, made a winning argument based on TABOR- the district’s ratepayers had never had the opportunity to vote yes or no on the special district, increased infrastructure costs,  and the sweet deal for developers. The court dismissed the developer’s lawsuit on May 6, 2021.

Bad Governance and the recall election

Some of the new board members also demonstrated spectacularly bad governance – they didn’t publish minutes or financial reports, they held secret meetings, and hired and fired lawyers at great cost to the district. They voted to prohibit citizen comments at GMWD meetings.

From the recall petition:

Because of all of this bad governance, a group of GMWD consumers instituted a recall election for three of the directors. Karen Morgan (Treasurer), Alex Plotkin (Secretary) and Jeffrey Baker (Vice President) of the Green Mountain Water District are facing a recall election on October 5, 2021. If you live in the GMWD district, you will get a mail- in ballot to vote on the recall. To date, six successor candidates have stepped forward to fill the vacancies if the director recall effort is successful. Nominations are not yet certified; so names can’t yet be released.  Community Resource Services is running the recall election at a cost of $40,000 – 80,000.

The latest development in this clusterf*ck is that the GMWD Board just fired ( by a 3-2 vote) their existing counsel, Jo Timmons – yes, the one who made the winning argument leading to a dismissal of the developer’s lawsuit, thus saving the district $150,000. To replace her, the district hired Scott Gessler, aka the “Money Badger”. Gessler will be representing the Green Mountain Water District in the remaining  5-6 developer lawsuits. No, the developers have not given up on their freebie poop pipeage.

Gessler was suddenly hired in a last-minute meeting on Monday, August 9, 2021. He can be seen in this video  being dismissive of Ms. Timmons and of GMWD customers, and apparently not knowing the difference between the District’s Board of Directors and the District itself. Gessler was reportedly rude and profane to GMWD customers at the Monday board meeting. According to Brenda Bronson, who attended the meeting, Gessler

Gessler is credibly accused of having conflicts of interest : some of the developers who are parties to the lawsuit against GMWD are also Gessler’s campaign donors (Stevinson Group gave $10K in 2016). According to dismissed counsel Jo Timmons, Frank Visciano, an attorney for one of these developers, said that Gessler had promised a settlement to Visciano’s client, Stream Realty.  Gessler will charge the district $209-300k to represent the district in the remaining 5-6 cases, as opposed to Timmons’ estimate of $20-22k total to finish out all the remaining cases. Gessler, as readers of this blog  know, has a long history of unethical conduct.
So, to recap: three of the Board members voted to replace the lawyer who successfully defended GMWD, saving the District $150,000, with Gessler, an ethically-challenged “Money Badger” who will cost GMWD ten times as much, and  who is accused of making settlement offers to the suing developers.

So we still don’t know if the poop will flow down the new pipes, or indeed if the pipes will ever be placed. But we do know who will pay for it either way: the rate paying customers of the Green Mountain Water District. And we know who will make bank: Scott Gessler- as usual.