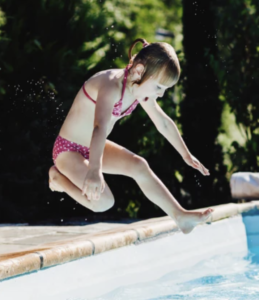 We’ve noted on more than one occasion in this space that the Republican field of potential candidates for 2022 is remarkably sparse. That may be about to change.

Two things are different this week that might lead to some long-awaited announcements from 2022 hopefuls: 1) The Q2 fundraising period has concluded, and 2) We’ve made it past the extended holiday weekend(s) tacked onto Fourth of July festivities.

Candidates historically tend to wait until the beginning of a new fundraising quarter to officially launch their bids for elected office. A candidate’s first fundraising quarter is often a good barometer of the potential strength of that campaign, so it’s smart practice to time announcements to take full advantage of every available day in a particular fundraising period (in this case, after June 30). It’s also a wise idea to avoid making a big announcement when people aren’t paying attention to the news; thus this is the first conceivable week in which it would make sense to kick off a big campaign.

Overall, the field of potential candidates for statewide office in Colorado remains about as muddled as it was when we examined the subject in mid-June. We’ve updated The Big Line: 2022 with the latest chatter, but here are the Republican announcements we’re expecting within the next several weeks:

♦ Secretary of State: Rose Pugliese
Pugliese’s interest in challenging Democratic incumbent Jena Griswold has been an open secret for months; at the same time, chatter about other potential SOS challengers has gone quiet. If you were going to bet money on the most likely GOP announcement for statewide office, this would be a fairly safe choice.

♦ U.S. Senate: Eli Bremer
The former El Paso County GOP Chairman has been positioning himself to be the Republican nominee for Senate since well before 2021. We hear that Bremer has already had fairly extensive discussions with the National Republican Senatorial Committee (NRSC) and is beginning to pick up support from key Republican names in Colorado. Bremer is also believed to be further along than any other potential candidate in terms of forming a campaign staff. With so much uncertainty in the GOP field, there’s strategic value in being the first “plausible” Republican to announce a 2022 Senate campaign against incumbent Democrat Michael Bennet. It makes sense for Bremer to make his move here within the next few weeks.

♦ Governor: Heidi Ganahl
Ganahl is the lone Republican statewide elected official in Colorado (she’s a CU Regent) and has been working hard to raise her profile in anticipation of a run for something bigger. After vacillating between running for Governor or State Treasurer, it looks like Ganahl is getting close to making her gubernatorial ambitions official (even though recent polling shows Ganahl losing to incumbent Democrat Jared Polis by 20 points). Ganahl might wait a little longer to make the jump than Pugliese and Bremer, but we expect this announcement fairly soon.

We’re still waiting to hear more about potential GOP candidates for State Treasurer or Attorney General. The former seems to be attracting more interest among Republicans, which means there might be more behind-the-scenes maneuvering that needs to take place before any official announcement.