As the Ft. Collins Coloradoan reports, the Larimer County Republican Party is looking at as much as $216,000 in fines because of problems stemming from former Party Chairman Larry Carillo:

Former Larimer County Republican Party Chairman Larry Carillo used more than $17,000 in party money for payments to two companies he owned and for ATM withdrawals and other payments that can’t be explained, according to amended campaign finance reports the party is filing…

…A Coloradoan review of the new disclosure showed $5,350 in contributions from Carillo’s companies that the Larimer GOP has reported could wind up costing the party more than $200,000 in fines because the contributions appear to violate state campaign finance laws.

The payments to his companies and the debit card use are likely at the heart of an ongoing criminal investigation of Carillo’s tenure as party chairman.

Carillo was first elected Chairman of the Larimer County Republican Party in 2009; he resigned on February 28 after other party leaders noticed a bunch of unpaid bills and other more problematic findings. The bigger problem, where campaign finance law is concerned, is that the Larimer GOP apparently didn’t file any campaign finance reports in 2010.

The Larimer County GOP is looking at at least $65,000 in fines for not filing reports in 2010, but that number is continuing to rise. They’re still facing $50 per day late fees because they admitted that the report they finally filed in March of this year was inaccurate, and because some contributions from more than two years ago were not reported, fines could reach $216,000. But fortunately for them, there are two big-name Republicans in charge of the criminal case and the campaign finance problems. Again, from The Coloradoan:

The Larimer County GOP is seeking a reduction in those fines, and Secretary of State Scott Gessler’s office has said it will wait to determine the final fine amount until the party filed its amended campaign finance reports and until a prosecutor decided on whether to file criminal charges in the case.

Weld County District Attorney Ken Buck was named special prosecutor in the case after the District Attorney for Larimer County, Larry Abrahamson, recused himself because he had contributed to the county GOP. Buck’s office only will say the investigation is ongoing.

Wait a minute…so Larry Abrahamson, the Larimer County District Attorney, (rightfully) recused himself from the case because he is a donor to the county party. So the case instead goes to Weld County D.A. Ken Buck, who was the Republican nominee for U.S. Senate in 2010??? Didn’t Buck and his campaign work with the Larimer County Republican Party last year?

Gessler has already shown in his first six months in office that he’s not overly concerned with silly things like “laws” or “rules”, and he might very well be inclined to agree with the Larimer County GOP’s request to reduce their fines. After all, says the Larimer GOP, it’s not their fault that nobody in the Party paid any attention to what was happening. Here’s the County GOP’s reasoning for why they shouldn’t be fined:

“[The Larimer County Republican Party] should not be penalized by the imposition of such substantial fines when the failure to file the requisite campaign finance reports was a result of the failure of its volunteer chairman to inform the executive committee or the committee as a whole that reports had not been filed as required.” 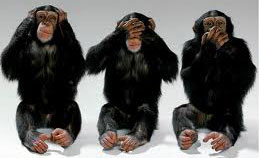 In other words, the Larimer County GOP thinks that it shouldn’t get in trouble because it’s not their fault that nobody was paying any attention to anything. No fair, no fair! He didn’t tell us that he was breaking the law!

We don’t know how many officers the Larimer County GOP contained in 2010, but according to their website, there are 14 people listed as 2011-13 “Officers” or members of the “Executive Board.” We’d assume that there were roughly that many “Officers” in 2010, and if the Larimer GOP is like most county parties, they have more regular meetings than Alcoholics Anonymous.

Nobody ever asked if they filed their campaign finance reports? Really? Never?

What about the Party’s Treasurer? Former Treasurer Terri Fassi apparently resigned in July or August 2010 and was not replaced before the end of the year — but she still would have been responsible for reporting for the first half of the year. And what about previous Treasurer Matt Fries, who resigned in 2009 (a year that is also missing reporting details)? Fries at least tries an excuse, claiming that he didn’t open letters from the Secretary of State’s office related to the problems.

It strikes us as a little disingenuous to claim that nobody knew what Carillo was doing when there were plenty of people who, at the very least, should have had some questions. If you put your hands over your ears and close your eyes really tight, maybe it will all just disappear! If you just don’t open the mail, the bad words won’t come out!

Look, we acknowledge that it sucks when one person royally screws things up for an entire organization. There’s no excuse for that…but it’s also inexcusable that nobody else in the County Party lifted so much as an eyelid. It will be interesting to see if Republicans such as Gessler and Buck will accept this nonsense excuse and bury everything at Carillo’s feet. Carillo deserves what’s coming to him, but he shouldn’t be alone.