Chalk Up Another ‘W’ for Colorado Democrats 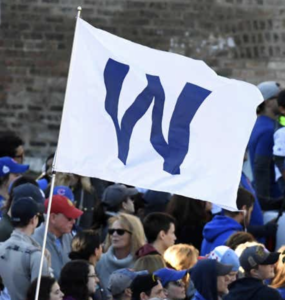 As Jon Murray reports for The Denver Post reports, Democrats in the state legislature have approved another hugely-important piece of legislation:

The House’s approval of Senate Bill 260 on Wednesday marked the latest green light on a remarkably smooth journey for the biggest, most complicated transportation-funding bill ever attempted by state lawmakers. [Pols emphasis] It includes serious money both for road improvements, including much of the Colorado Department of Transportation’s 10-year priority project plan, and initiatives to address climate change and accelerate the transition from gas-guzzlers to cleaner vehicles.

The 41-24 vote was strictly along party lines, reflecting strong opposition from Republicans to a half-dozen proposed fees and the wide scope of the bill.

No House Republicans voted in support of the transportation bill, which is both predictable and idiotic on their part. Republicans are refusing to support all sorts of popular bills, from lowering health care premiums and reducing the cost of prescription drugs, to stimulus bills that will help Colorado recover from the COVID-19 pandemic.

It would have made a lot more strategic sense for Republicans to participate in some of these discussions and then take some credit for the good things that became law. Instead, what are Republican candidates going to say to voters in 18 months? Democrats wanted to fix your roads, help small businesses, and make health care more affordable, and we tried to stop them!!!

It is theoretically possible to knock down a building by repeatedly banging your forehead against the wall. Colorado Republicans will surely let us know when this works.