Top Ten Stories of 2015 #8: Off the Rails in the Colorado Legislature 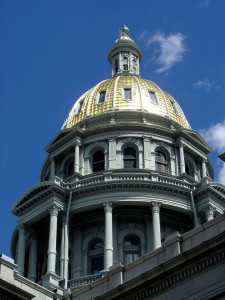 In 2015, Republicans retook control of the Colorado Senate for the first time since 2004. This impressive-sounding feat is tempered by the reality that their control of the chamber was won by a single seat, in a race decided by well under 1,000 votes. In 2010, the GOP wrested control of the Colorado House from Democrats by a similar narrow margin in a single swing Jefferson County House race–in fact a district that largely overlaps the Senate district that proved decisive in 2014. In the 2012 elections, Democrats punished majority House Republicans with two years of aggregated misdeeds from their time in power, expanding the Democratic Senate majority and retaking the House by a wide margin.

Obviously, it’s a presidential election year, which has in recent elections given Democrats an edge–even in 2004 when Colorado voters put Democrats in power in the state legislature while re-electing George W. Bush. But in addition, perhaps even more than going into 2012, the GOP has given Democrats an arsenal of devastating attacks with which to turn out their voters. Just like after 2010, and if anything to a far worse extent, the GOP has squandered its chance to shape policy with a split legislature, and used their one-seat majority in the Colorado Senate for hopeless ideological crusades that play directly into Democratic hands.

When we say that it was worse this year than in previous years, we objectively mean what we say. We’re not sure if Republicans are relying on dwindling local press coverage, counting on pleasing their base voters enough to not have to rely on any sane ones, or–and this may be the most likely scenario–they’ve simply lost control of their message, on just about every issue relevant to the electorate except the always-popular slogan of “lower taxes.” But it is worse this year, and no amount of false equivalence from lazy/overworked (sometimes not mutually exclusive) local reporters can conceal it. 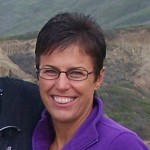 A few events from the 2015 legislative session help bring this into focus. At the same time as an outbreak of measles in California was making headlines, a disease preventable by vaccination but rising again as the “anti-vaxxer” movement claims minds in defiance of all scientific consensus, Republicans in the Colorado Senate were pushing a bill that would make it even easier for unvaccinated kids in Colorado to attend public schools. Led by the same highly vulnerable Sen. Laura Woods of Arvada who gave them the majority in 2014, and Sen. Tim Neville, a hard-right frontrunning 2016 U.S. Senate candidate, the Senate GOP pushed repeals of discrimination protections and killed the state’s unfinished pay equity study commission.

One of the worst self-made public relations disasters for Colorado Republicans this year was the killing of a bill to fund a program to provide long-acting reversible contraception (LARC) to low-income women in Colorado. Private seed funding for this program was running out, and every expert in the field recommended the state pick up the tab to continue reaping the enormous cost savings from the massive reduction in unintended pregnancy the program was responsible for. The GOP’s refusal to fund this program ripped the scab off of an ugly fact that gets suppressed in election years: they don’t like birth control. Sen. Kevin Lundberg, another hard-right icon, eagerly pronounced his belief that IUDs “kill babies,” setting Republicans back several decades on this issue–or at least back to Bob Beauprez’s gubernatorial campaign. 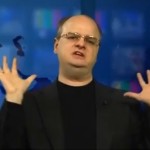 In the Colorado House, all eyes this year were on a man Republicans either love to hate or find a great subject to change: Rep. Gordon “Dr. Chaps” Klingenschmitt. After Klingenschmitt’s election in 2014 succeeding outgoing Rep. Mark Waller in beet-red House District 15, Democrats eagerly anticipated his arrival–and he didn’t disappoint. From the moment of his swearing in, reportedly with a Bluetooth headset still in his ear, Klingenschmitt’s continuation of his batshit demon-exorcising Youtube “ministry” as a sworn Colorado Republican lawmaker became a slow-motion disaster that no disclaimer can save them from.

After Klingenschmitt stated that an horrific attack on a pregnant Longmont woman last March was the “curse of God” for abortion, he was stripped of one committee assignment–a pathetic slap on the wrist that was itself quietly rescinded a couple of weeks later. Klingenschmitt said that gay scoutmasters should prefer to be “drowned in the sea” rather than face God’s wrath. We could write a book on all the ways Klingenschmitt has embarrassed his party in such a short time in office. But today, Klingenschmitt is hoping to trade up, running for Senate President Bill Cadman’s SD-12 seat. For all his antics, locals tell us not to underestimate “Dr. Chaps'” considerable base of support.

Senate President Cadman, for his part, hasn’t commented about Klingenschmitt at all. That fact stands out.

As the year came to a close, Woods, Klingenschmitt, and other Republicans in the legislature became part of much larger and even more damaging events–as we’ll discuss in a later post. But that shouldn’t overshadow what came before the domestic terror attack on the Planned Parenthood clinic in Colorado Springs. In ways we we struggle to enumerate, Colorado Republicans have set themselves up for disaster at the polls next November.