Eat Your Heart Out Hugh McKean: Texas Dems Obstruct Like Bosses…and For a Purpose 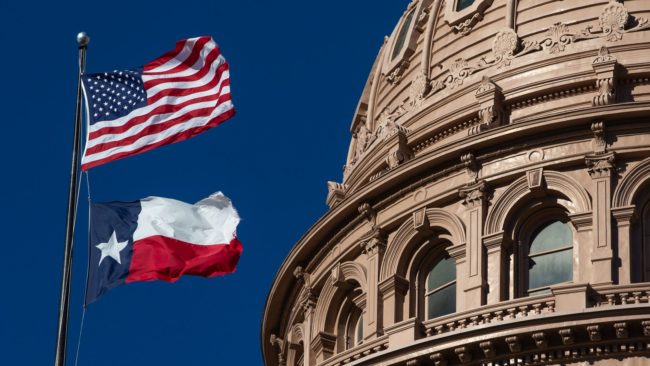 Texas. It’s a whole other country.

As the Austin American Statesman reports, the Texas House of Representatives was brought to a standstill by the Democratic majority this weekend, employing a tactic to (temporarily) kill a highly controversial vote suppression bill that GOP Gov. Greg Abbott says he will sign:

Amid national attention over Republican efforts to rewrite Texas election laws, House Democrats killed Senate Bill 7 late Sunday by walking off the floor in the middle of debate, breaking quorum and forcing the House to adjourn.

The unusual move not only blocked passage of the elections bill, it also meant the demise of legislation to change the state’s bail system — bringing the hammer down on two legislative priorities of Gov. Greg Abbott, who quickly vowed to bring lawmakers back to handle both items in a special session…

With most Democrats uniting to break quorum, the Republican majority was blocked from passing SB 7 before the midnight Sunday deadline to approve legislation.

“I’m proud to be one of the Democrats who walked off the floor to kill the voter suppression bill,” Rep. Eddie Rodriguez, D-Austin, said via Twitter. “When we are outnumbered, we have to use every tool to block this attempt to scare and suppress Black and Brown Texas voters. We made good trouble tonight.”

Unfortunately for Colorado Republican minority representatives and Senators, the rules for establishing a quorum to do business are different here than in Texas. In Colorado, the majority needed to pass the bill is all that’s needed to be present for a quorum, which means a walkout by the minority in our state would only speed passage of the legislation in question. Back in 2003, as our most senior readers will recall, Colorado Democrats traveled to New Mexico to provide aid and comfort to Texas Democrats fleeing to slow a nakedly partisan redistricting process–but had no power to stop a similarly corrupt scheme from being attempted in our state.

Colorado Republicans rushed through a redistricting plan during the last three days of the [2003 legislative session], suspending legislative rules that could have allowed Democrats in Colorado to block it.

The Colorado Democrats did not have the option to flee because legislative rules allowed Republicans, who have an 18-17 edge in the state Senate and a 38-27 majority in the House, to pass legislation with a simple majority. Senate Democrats walked out during the vote on redistricting, but the plan was approved anyway.

“We had a terrible experience here in Colorado, and that’s what awaits them if they return to the Capitol,” Fitz-Gerald said of the Texas lawmakers.

In Colorado, the shady attempt by Republicans to redraw congressional districts in mid-decade known as the “Midnight Gerrymander” went all the way to the U.S. Supreme Court where local Republicans finally lost their case in 2007. But in the Colorado legislature, walking out had no effect on stopping the bill.

Given Colorado’s recent experience with Republican obstruction tactics on a wide variety of bills in the legislature you may say thank goodness for Colorado’s rules here and Texas’ rules there, considering the relative moral value of “good trouble” obstruction against vote suppression legislation to prop up Donald Trump’s election theft fantasies versus Colorado Republicans slowing much less controversial legislation to a crawl just because they can. The equivalence is false because the issues justify the tactics. Or not.

We’ll try to have pity if Colorado Republicans are made to suffer through another lucrative event relocating here.