UPDATE: For posterity, here’s Reps. Matt Gaetz and Lauren Boebert yucking it up on Steve Bannon’s War Room in mid-March:

Friendly enough then. How are things now? 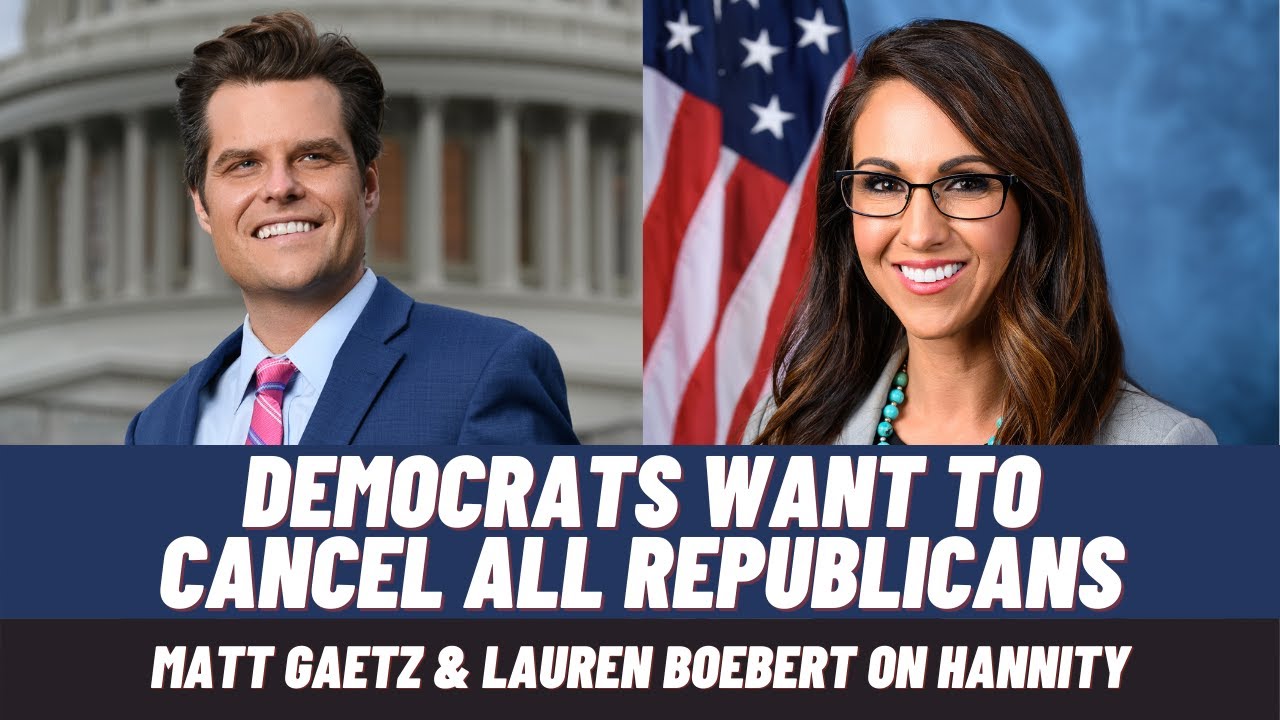 As CNN reports, Rep. Matt Gaetz of Florida’s no-good very bad April got a hell of a lot worse yesterday, after the Daily Beast released new information in the sex trafficking investigation you could have guessed Gaetz was a target of just by looking at him (seriously, just look at him). If the “confession letter” from Gaetz’s similarly icky sexcapade buddy Joel Greenberg to GOP kingpin Roger Stone while seeking a pardon from President Donald Trump is accurate, Gaetz’s goose sure appears to be cooked:

Joel Greenberg, a central figure in the ongoing investigation into Florida Republican Rep. Matt Gaetz, wrote in a letter obtained by The Daily Beast that he and Gaetz paid for sex with multiple women, including a minor who was 17 at the time…

“On more than one occasion, this individual was involved in sexual activities with several of the other girls, the congressman from Florida’s 1st Congressional District and myself,” Greenberg wrote in the letter in reference to the minor, according to The Daily Beast.

Undeterred, Rep. Gaetz is gearing up for a nationwide “America First” speaking tour with Rep. Marjorie Taylor Greene herself, who is curiously untroubled by allegations of child sex trafficking that we assume if made against a Democrat would be extremely important to her–Washington Examiner:

Firebrand Republican Reps. Matt Gaetz of Florida Rep. Marjorie Taylor Greene of Georgia are teaming up to start an “America First Tour” of rallies around the country.

The premiere event will be next week, on May 7 in Florida at The Villages, the world’s largest retiree playground with a reliably Republican base.

“There are millions of Americans who need to know they still have advocates in Washington D.C., and the America First movement is consistently growing and fighting,” Gaetz said in a statement provided to the Washington Examiner Thursday. “The issues that motivate us include ending America’s forever-wars, fixing the border Joe Biden broke on day one, prioritizing Americans not illegal migrants, reshoring industries sold to foreign adversaries, ensuring real election integrity, and taking on the threat of the Chinese Communist Party. These issues are bigger than any one election and we remain ready to take our party and our country back.”

Much like Gaetz’s friend and mentor Donald Trump, the strategy appears to be to shovel so much red meat at the base that they forget all about the child sex trafficking stuff. Now, you might think that getting the far-right “QAnon” Republican base to ignore child sex trafficking, an issue they are ostensibly very concerned about, is a lot to ask. But the sad truth is that the child sex trafficking Gaetz is under investigation for is downright pedestrian compared to a global conspiracy theory connecting the world’s secret pedophile elite to a pizza joint in Washington, D.C. It’s just not going to faze them.

With all of this in mind, there’s just one question left to ask: where is Rep. Lauren Boebert in all this? Boebert came into Congress as a ready-made ally for Gaetz, appearing jointly on cable news to decry Democratic “cancel culture” back in January. But as Gaetz’s scandals began to dominate headlines in the last few weeks, Boebert and Gaetz’s fast friendship seems to have cooled considerably–with Boebert declining to even acknowledge her and Gaetz’s home state of Florida are in the same country as Colorado. Will Boebert appear at Gaetz “America First” tour stops out West? If not, why not?

There’s more story here, and we’ll be watching for it.