Get More Smarter on Tuesday (March 23)

We don’t know what to say anymore, either, but this is a good start. Let’s Get More Smarter; if you think we missed something important, please include the link in the comments below (here’s a good example). If you are more of an audio learner, check out The Get More Smarter Podcast. And don’t forget to find us on Facebook and Twitter.

► As The Denver Post reports, authorities have identified the names of 10 people killed during a shooting rampage at a King Soopers in Boulder on Monday. President Biden ordered flags at the White House to fly at half-staff in honor of the victims of Monday’s shootings. Biden plans to speak about the Boulder shooting this afternoon.

Ali Aliwi Alissa, the suspect’s 34-year-old brother, told The Daily Beast that authorities searched his house all night after the shooting.

Alissa described his brother as “very anti-social” and paranoid, adding that, in high school, he would describe “being chased, someone is behind him, someone is looking for him.”

“When he was having lunch with my sister in a restaurant, he said, ‘People are in the parking lot, they are looking for me.’ She went out, and there was no one. We didn’t know what was going on in his head,” Alissa said, admitting that he believes his brother is mentally ill.

► As Alex Burness reports for The Denver Post, the Metro area has dealt with a disproportionate number of mass shootings in recent years:

Colorado has a disproportionate share of survivors of gun violence and of people like (State Rep. Tom) Sullivan, whose loved ones were killed. A 2019 analysis by The Denver Post found Colorado had more mass shootings per capita than all but four states. The Census-designated Denver metropolitan statistical area had more school shootings per capita since 1999 than any of the country’s 24 other largest metro areas.

► State lawmakers are speaking out about Monday’ shooting in Boulder. Meghan Lopez of Denver7 is following along with a running Twitter thread:

Boulder’s lawmakers are all speaking. Rep. McCormick said people don’t feel safe then she corrected herself and said it’s not that they don’t feel safe it’s that they aren’t safe because these mass shootings happen everywhere and frequently. #copolitics

► Congressperson Lauren “Q*Bert” Boebert (R-ifle) sent out a fundraising email TWO HOURS AFTER the Boulder shootings asking for donations to her campaign as she fights against any form of gun control. On Tuesday morning, Boebert issued a statement saying that she “refuses” to use the Boulder shootings as a springboard for advancing political issues.

Lawmakers and Gov. Jared Polis are planning a statewide listening tour to discuss how Colorado can best spend billions of dollars in federal relief money from the American Recovery Plan.

Colorado Republicans seem to be having some sort of competition about who can introduce the worst legislation.

A media literacy bill passed out of the State House on Monday and now heads to the State Senate.

Legislation intended to create more accountability on the use of ketamine by first responders is moving along at the State Capitol.

Lawmakers are considering a proposal that would require ski resorts to be more transparent about injuries suffered on the slopes.

A proposal to privatize Pinnacol Assurance is kaput.

► Monday’s shooting at a Boulder King Soopers came just a week after a Colorado judge blocked an assault rifle ban in Boulder:

A Colorado judge blocked Boulder from enforcing its 2-year-old assault rifle ban on March 12 after the NRA sued. A week later, a gunman with an “AR-15 style rifle” opened fire in a Boulder supermarket, killing 10 people, including a Boulder Police officer. https://t.co/Kle76shPjn

► Colorado Newsline reports on a brewing battle over oil and gas drilling on public lands:

Now that Interior Secretary Deb Haaland has taken office, the administration is gearing up to begin that process. A forum comprising the energy industry, conservation groups, labor organizations and others will meet virtually March 25 in the first public event of the review.

► As Forbes.com reports, it didn’t take long for the National Rifle Association (NRA) to defend the second amendment as word was breaking about the shooting in Boulder:

The National Rifle Association (NRA) swiftly defended gun ownership in the wake of a mass shooting in a Boulder, Colorado, superstore, just a week after celebrating its success in overturning a two-year assault rifle ban in the city—the incident is likely to fuel further discussions on gun control in the U.S. after another mass shooting took place in Atlanta, Georgia last week…

…in the aftermath of a Boulder mass shooting that killed ten people, the NRA leapt to the defense of gun ownership, tweeting a quote of the Second Amendment and the “right of the people to keep and bear arms.”

► Colorado is rolling out more mass vaccination sites to speed the process of vaccinating people against COVID-19.

► Pregnant women may be able to pass along COVID-19 antibodies to their children. 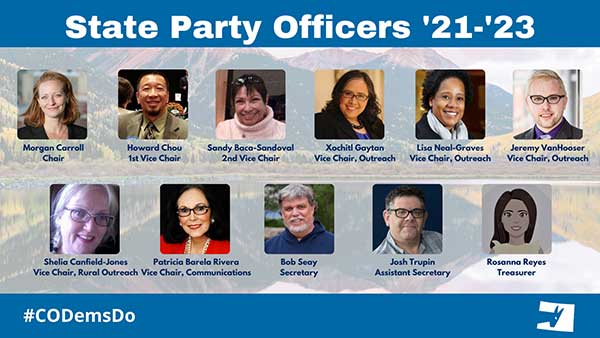 ► RTD is looking for public input before making more service changes in June.

► The Senate Judiciary Committee is holding hearings today on gun violence in America.

► Congressional Democrats are looking to pass legislation that would lower the cost of prescription drugs, as The Washington Post explains:

Democrats are eyeing the Elijah E. Cummings Lower Drug Costs Now Act as part of their next massive spending package.

H.R. 3 — named for the late Maryland congressman who was a champion for lower drug costs — was passed by the House 15 months ago after it become clear President Donald Trump and House Speaker Nancy Pelosi (D-Calif.) wouldn’t be able to reach an agreement on bipartisan drug pricing reform.

Democrats knew the bill would die in the Senate, led by the GOP at the time. But it gave them something specific to tout on the campaign trail in 2020 while facing voters worried about the high cost of prescription drugs.

► Municipal employees in New York City will be returning to actual offices on May 3.

► This might be a joke, or it might be actual anger. It’s impossible to tell the difference when you’re talking about Arizona Republican Rep. Paul Gosar:

This is an outrage. WE WANT CHERRY BLOSSOMS AND WE WANT THEM NOW. https://t.co/YRMYawjDEX

► Would you expect anything less from the current version of the Republican Party?

► The Onion recycles a recent headline for obvious reasons: 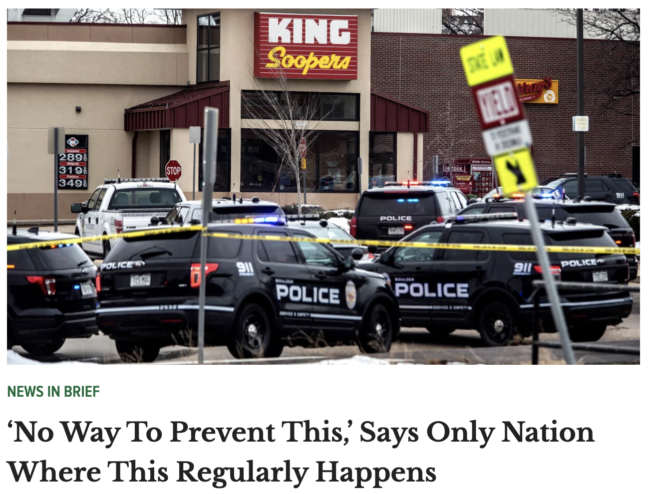 ► POLITICO examines how “owning the libs” became the core belief of the Republican Party.

► Colorado Democrats are working on trying to fix the state’s crumbling transportation infrastructure.