Getting Stuff Done: Democrats Fixing The Roads, Too 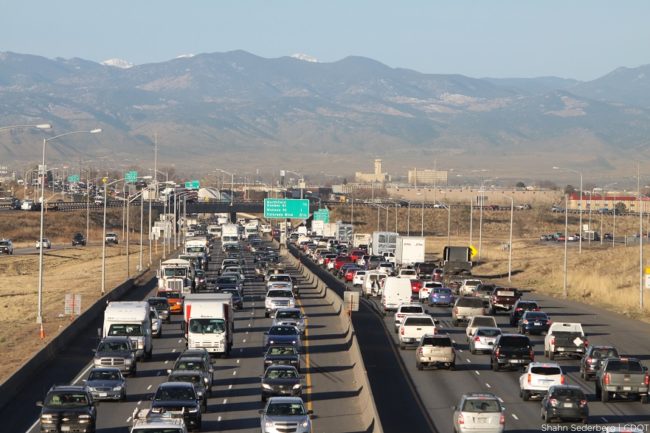 Denver7’s Meghan Lopez reported this weekend on a new proposal from Colorado legislative leaders and supported by Gov. Jared Polis to raise $4 billion over the next decade to tackle the state’s backlog of transportation infrastructure projects, which Colorado Republicans regularly complain has been neglected over the years they’ve been out of power:

In all, the draft estimates the changes would result in an extra $28 per Coloradan annually. However, bill co-sponsors say fixing the state’s infrastructure will result in long-term savings to drivers.

“On average, Coloradans are losing $732 a year on maintenance to their car and lost productivity sitting in congestion,” said Rep. Alec Garnett, the speaker of the house. “This is about catching up and making sure that we are putting safety first, productivity first and Colorado first.”

…If approved, the bill would result in roughly $4 billion in new fee revenue over the next 11 years to be used to help build, repair and maintain transportation infrastructure across the state.

As the Colorado Sun’s Jesse Paul reports, Democrats are operating under the same interpretation of the 1992 Taxpayer’s Bill of Rights upheld by the Colorado Supreme Court to fund the FASTER vehicle registration fee program to repair aging bridges across the state:

[Sen. Steve] Fenberg says that since the proposal doesn’t call for creating a new enterprise it doesn’t run afoul of Proposition 117. “This does not have to go to voters,” he said. “We’re talking about fees. We know fees are within the jurisdiction of the legislature.”

Fees are one way that lawmakers can get around TABORs requirements, but courts have said they have to fund something that’s reasonably connected to the fee itself.

At least one Republican lawmaker — state Sen. Kevin Priola of Henderson — is supportive of the Democrats’ proposal, allowing the majority party to say the bill is bipartisan. “Like Utah and other states have done, we need to come together and make investments into our transportation system,” Priola said in a written statement. “Doing so will set our state up for a brighter future.”

Republicans chafe at the exception carved out of TABOR for fees directed to specific related purposes, but when the precise language of Doug Bruce’s grand monkeywrenching of state government ends up working against the goals of the monkeywrenchers, we have trouble finding much sympathy. Likewise with this plan’s avoidance of the new restrictions in Proposition 117, narrowly passed last year to hamstring new state enterprises. Well, guess what? Fixing the roads doesn’t have to be a new state enterprise.

And this brings us to the central point about Democrats taking care to not leave transportation funding out of their ambitious legislative agenda this year. A very popular political priority with voters, Republicans in Colorado tend to use transportation funding as a universal foil against proposals for spending money on most anything else. Although in Colorado the money controlled by the legislature in the state’s General Fund is not usually spent on transportation projects, the General Fund is where Republicans call for cuts to other vital programs instead of finding new revenue to pay for what’s needed. As long as we’re playing that zero-sum game, Republicans are fine “spending more” on roads–at the expense of everything else voters value.

At the end of the day, this inside-baseball back and forth over the definition of fees and enterprises is not what matters. Coloradans want the roads fixed. Perceptibly delivering on that promise will be worth more to Democrats than all the Republicans complaining about loopholes in the intentionally dysfunctional TABOR can detract from the accomplishment.

If Republicans have a plan to raise the money we need to fix the roads, now’s the time to show their work.