A Few Words About That Proposed State Capitol Fence 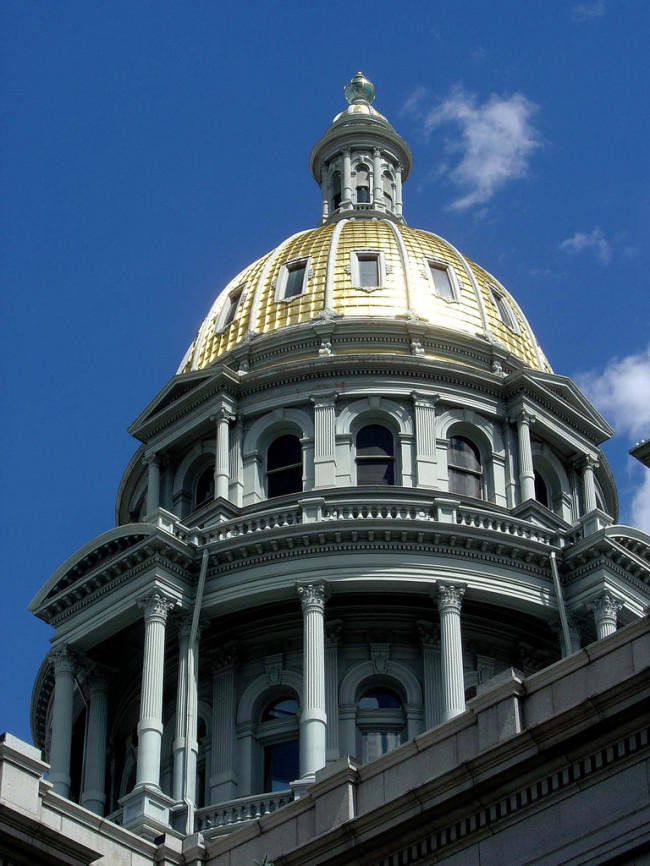 As the Denver Post’s Alex Burness reported yesterday, an up-to-now confidential proposal to erect a permanent wrought-iron fence around the Colorado state capitol building, intended to help protect against future damage from civil disturbances like those experienced last summer during protests over police killings of Black people, is causing a great deal of consternation from those who didn’t know it was being considered–which for security reasons was most of us:

Lawmakers say the fence — one of several planned security enhancements — would primarily be a response to vandalism of and around the building during Black Lives Matter protests last year in the form of broken windows and anti-police graffiti. But they appear torn over the message it sends to erect a fence around a building often referred to as “the people’s house.”

“I don’t believe a fence says exactly what this building represents and stands for,” Senate President Leroy Garcia said of the planned fence in Denver. The Pueblo Democrat’s pickup truck was parked outside the Capitol and destroyed by protesters in late May.

Senate President Leroy Garcia doesn’t like the idea of a fence around the building, and as someone whose property was damaged during last year’s protests at the capitol we give him a lot of deference on this question. With that said, the proposal appears to be pretty far down the field in terms of approval, and has support from lawmakers in both parties:

GOP Sen. Jerry Sonnenberg from Sterling said a fence would “help slow looters and rioters down from destroying the Capitol. I think it would be helpful.” No looting was reported at the Capitol during the protests, but officials said it cost more than $1 million to remove all the spray paint and clean up the grounds.

Speaking to CBS4, Democratic Rep. Susan Lontine, who chairs the Capitol Building Advisory Committee, says the fence erected closely around the Capitol building itself represents a compromise from the original proposal:

Colorado State Patrol handles security for the building. Earlier this year, they joined forces with the Department of Personnel and Administration to propose security enhancements after a summer of protests caused damage to the Capitol.

“I understand the hurt and the anger and that this building is a symbol of government and oppression for many people, and the building got their ire,” said Lontine. “But damaging public property isn’t necessary to achieving that goal, so I think we’re trying to find the balance.”

Because discussions about security at the state capitol are necessarily carried out confidentially, yesterday’s disclosure of the plan to erect this fence by the Denver Post is the first word most people had–and the reaction has been almost uniformly negative from stakeholders, including former aides and legislators like former House Speaker Terrance Carroll:

As longtime Gold Dome denizens know, security at the Colorado Capitol has been an evolving question going back at least to 2007–when metal detectors and controlled access were first put in place after a man calling himself “Emperor of Colorado” and carrying a gun was killed by State Patrol inside the building near the governor’s offices on the first floor. Although the proposed fencing would not block the public entrances or stairways around the building, it would certainly render the exterior of the “People’s House” more imposing–and with security improvements like bullet-proof windows also in the works, this major aesthetic change asks a lot for a potentially small security improvement.

From Denver to Washington, D.C., the debate over security in the wake of civil unrest for all kinds of reasons in the last year has become fraught with larger considerations about what kind of a society we want in America–and how we should most constructively address social grievances both legitimate and, like Donald Trump’s refusal to accept defeat, not so much. That’s why, even though we agree with the critics who say this fence should not be erected, we’re not crying foul over it being considered.

Instead, like Colorado did by passing landmark police accountability legislation in response to the protests last year over police violence, let’s address these issues at the source.